The original Saw, released in 2004, took the horror world by storm. A simple story of two men chained up in a bathroom and the mystery of what happened, and who did it, created a new horror icon with John Kramer (Tobin Bell), also known as The Jigsaw Killer. Buoyed by an original script by Leigh Whannell and sharp direction courtesy of James Wan, Saw stood apart from most horror films of the time. Working to capitalize on the film’s success, Lions Gate Films commissioned to get a sequel in place as soon as possible. And commission they did, with Saw II. 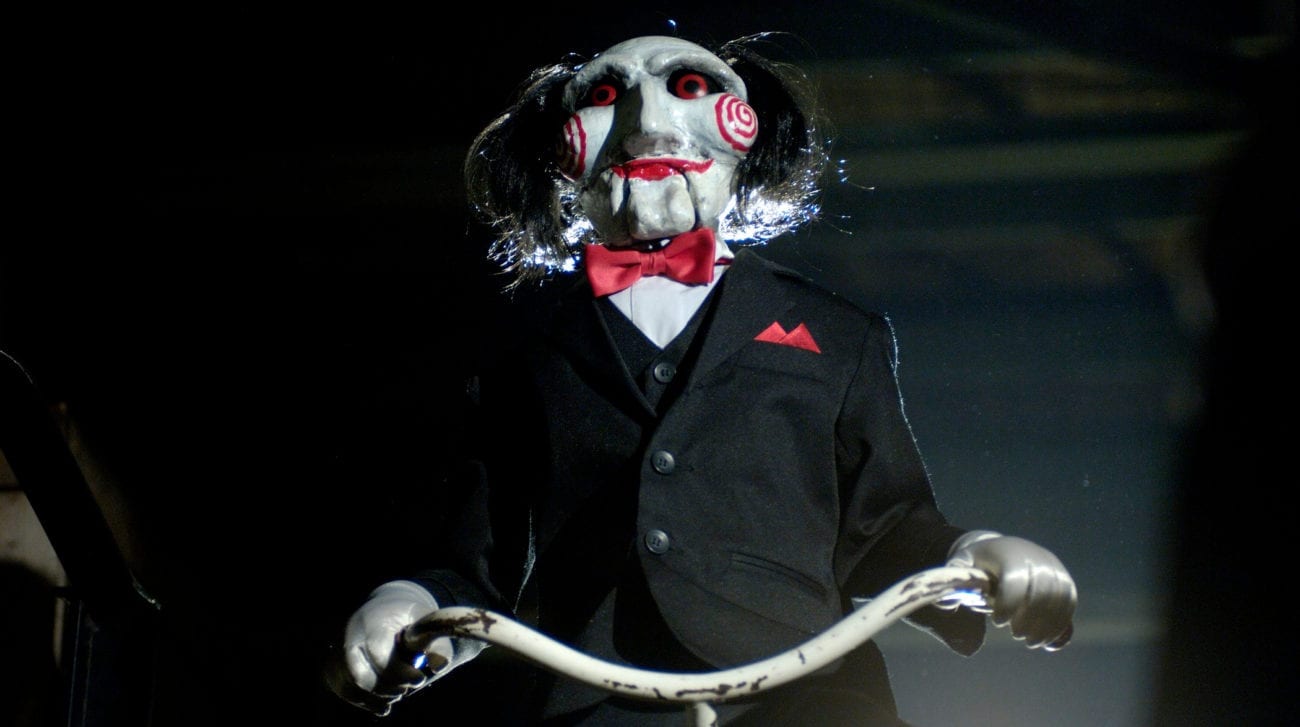 With James Wan and Leigh Whannell preoccupied with their film Dead Silence, those at Lions Gate Films had been made aware of an original script by Darren Lynn Bousman titled The Desperate. Seeing the script’s similarities to Saw, Bousman came aboard as director and co-writer, while Whannell came on to assist with script duties. Armed with a budget four times the original, the creative team got to work on delivering a sequel worthy of its predecessor.

And work they did.

Released less than one calendar year after the original, Saw II follows Detective Eric Matthews (Donnie Wahlberg), now on the trail of John Kramer, the Jigsaw Killer. After the events of the first movie, Detective Matthews is able to track down John. What appears to be a quick apprehension soon turns into a larger situation than Matthews or his SWAT team could ever predict.

Though the first film played around with time via flashbacks, Saw II sets up a lot of what would define the rest of the series, something I refer to as the “Three T’s”: time, traps, and Tobin. Splitting the narrative between two sets of characters and two different locations, Saw II looked over what the original had done and decided to turn it up to 11. 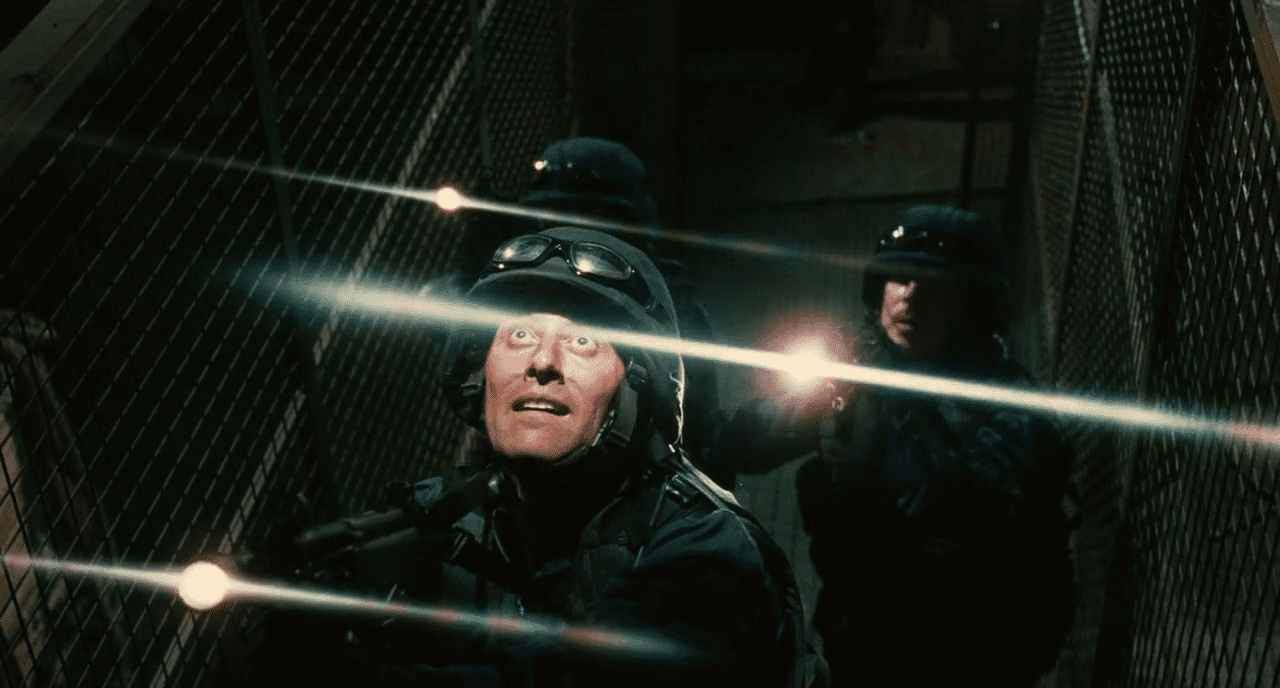 The main crux of the original film followed Dr. Gordon and Adam as they worked to escape from the infamous bathroom. With this going on, flashbacks throughout provide insight into the Jigsaw Killer’s traps and the cops hunting him down. The moments outside of the bathroom, though, were informational pieces to help propel the main story along. The scenes in the bathroom always felt like the A-story, with the remaining scenes supporting that. Saw II, on the other hand, switched the narrative by providing two separate, yet equally important plots occurring during the same time.

The sequel wastes no time in getting to its point as Detective Eric Matthews apprehends John Kramer early into the runtime. Once captured, John asks Detective Matthews to sit and talk with him. John states that he has put a new game into motion which includes Detective Matthews’ son, Daniel (Erik Knudsen). With the SWAT team locating a group of surveillance TVs showcasing John’s latest game, Detective Matthews sees no other option than to sit and converse with John. 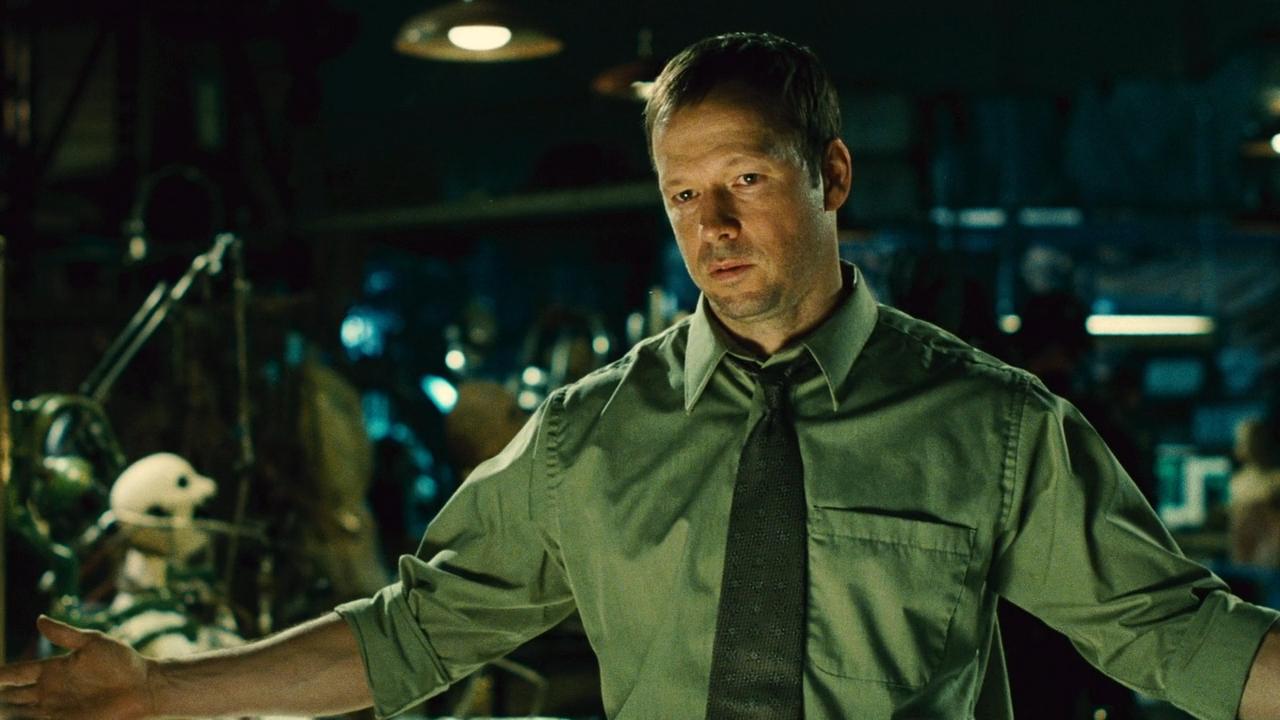 Our focus then shifts to where eight people find themselves trapped in an abandoned house. Daniel, Amanda Young (Shawnee Smith), and a group of others work to find a way out of the house. Amanda guides the participants throughout the house in an attempt to escape, as she has played John’s game before. While seeking their escape, a nerve agent is slowly filling the house and leaving those with only a certain amount of time to get out. With our two timelines now in place, the crew behind the scenes, specifically editor Kevin Greutert, work their magic to ratchet up the tension.

Unlike the first film, the script for Saw II allows the viewer access to two games running concurrently. The way Greutert weaves these two narrative threads together, keeping the momentum going and crescendoing to an unexpected finale, is no small feat. Along with composer Charlie Clouser, Kevin Greutert deserves more praise than has been given as he gave the Saw franchise the roller coaster feel and guided the franchise to where it currently resides.

And speaking of where the franchise currently resides, what would a Saw film be without Jigsaw’s traps? 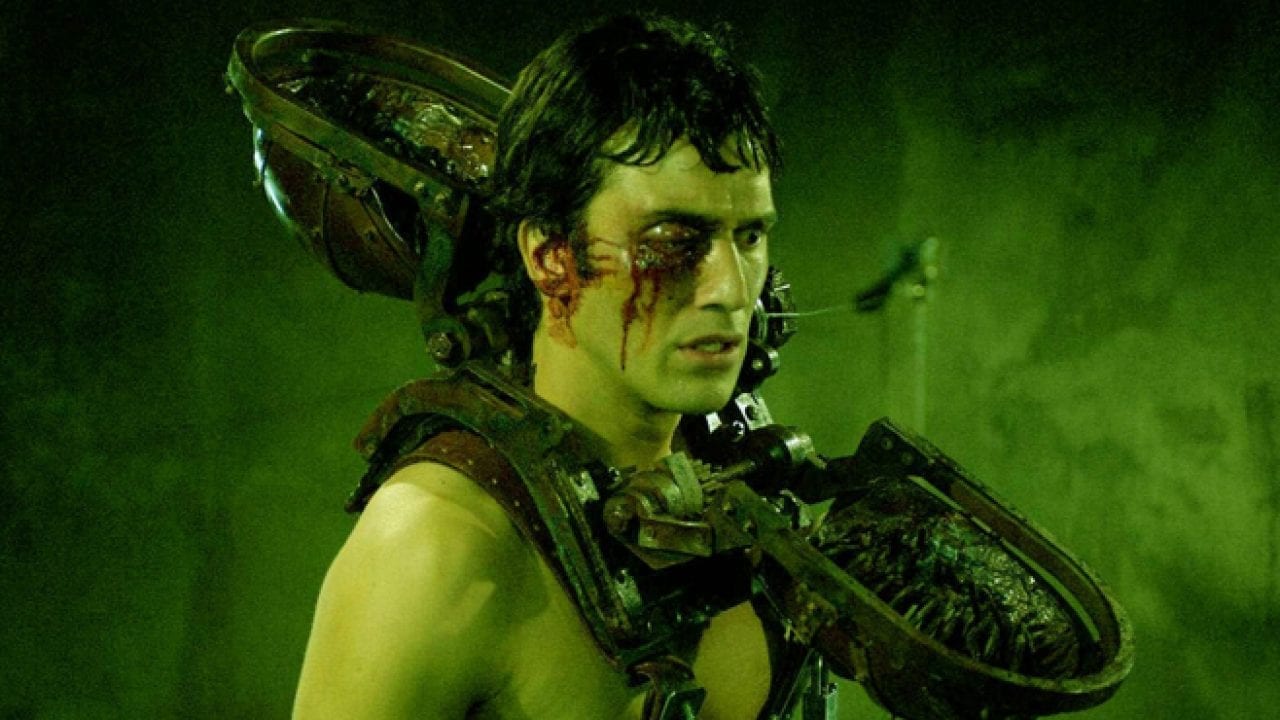 Though the original film gave the audience an abundance of traps, most scenes were quick throw-aways like the razor wire or flammable jelly traps. Instead, Saw II focused more on segmented traps for each of the persons within the Nerve Gas House trap. Not to say this is a bad thing, but the first sequel laid the foundation that the next handful of sequels chose to follow.

While Detective Matthews has a simple game—talk to John; those within the Nerve Gas House deal with John’s traps twofold. There is the overarching game of surviving the nerve agent poisoning their bodies, but also, each room contains individual games to test those one-on-one. Some games provide the bloodshed that the franchise is known for, yet this first sequel feels closer to the original by keeping the more explicit violence off-screen.

What Saw II genuinely hits on is making John Kramer the focus and allowing his actor, Tobin Bell, to shine. Bell infused John Kramer with a quiet confidence you don’t expect from a villain of this magnitude. Bousman and Whannell give John more backstory and both, along with Bell, give John a sense of humility. Yes, what he is doing may not be correct, but you get a glimpse into his thought process to try and understand why he does what he does. 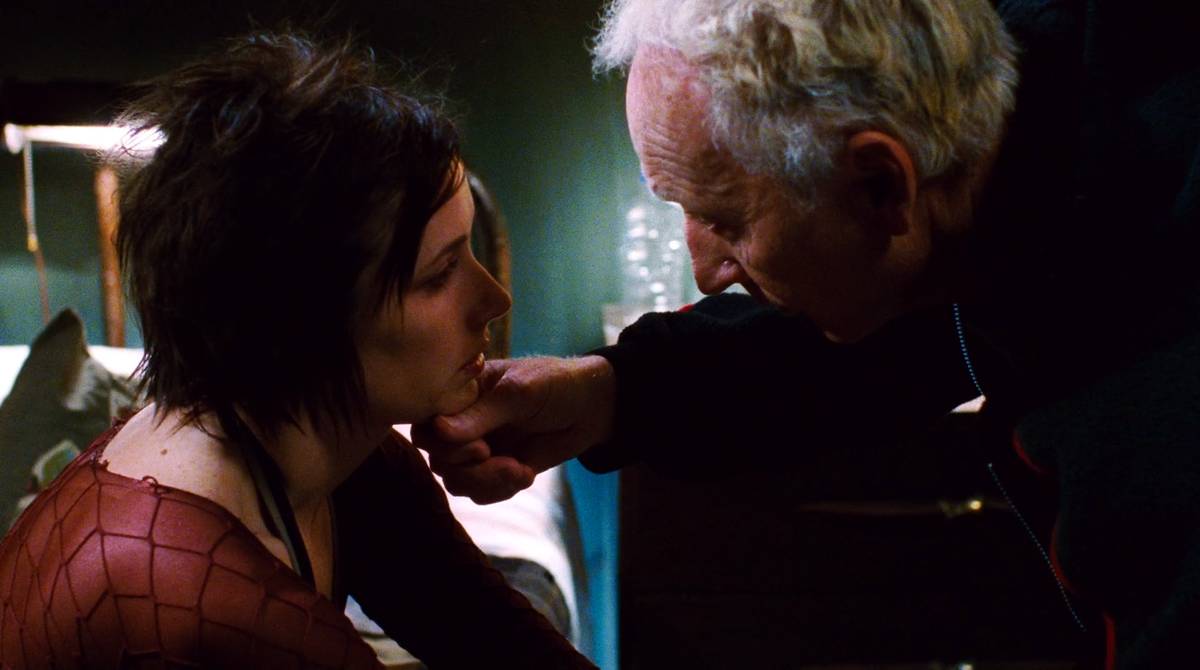 Tobin Bell takes what could be a one-dimensional character and provides life and gravitas to John. He is not filled with anger or a desire to kill. Instead, he looks amongst those around him and is disappointed with what people are doing with the greatest gift of all: life.

As the film series progresses along, John’s backstory becomes more convoluted with each passing film, and that is ok. There’s something about this franchise that keeps you wanting more. It’s a soap opera mentality that keeps you hanging on the edge and waiting to see how it will play out. You can watch these films and get absorbed with the dedication of trying to make every moment connect. It’s admirable, and sometimes that is better than good. 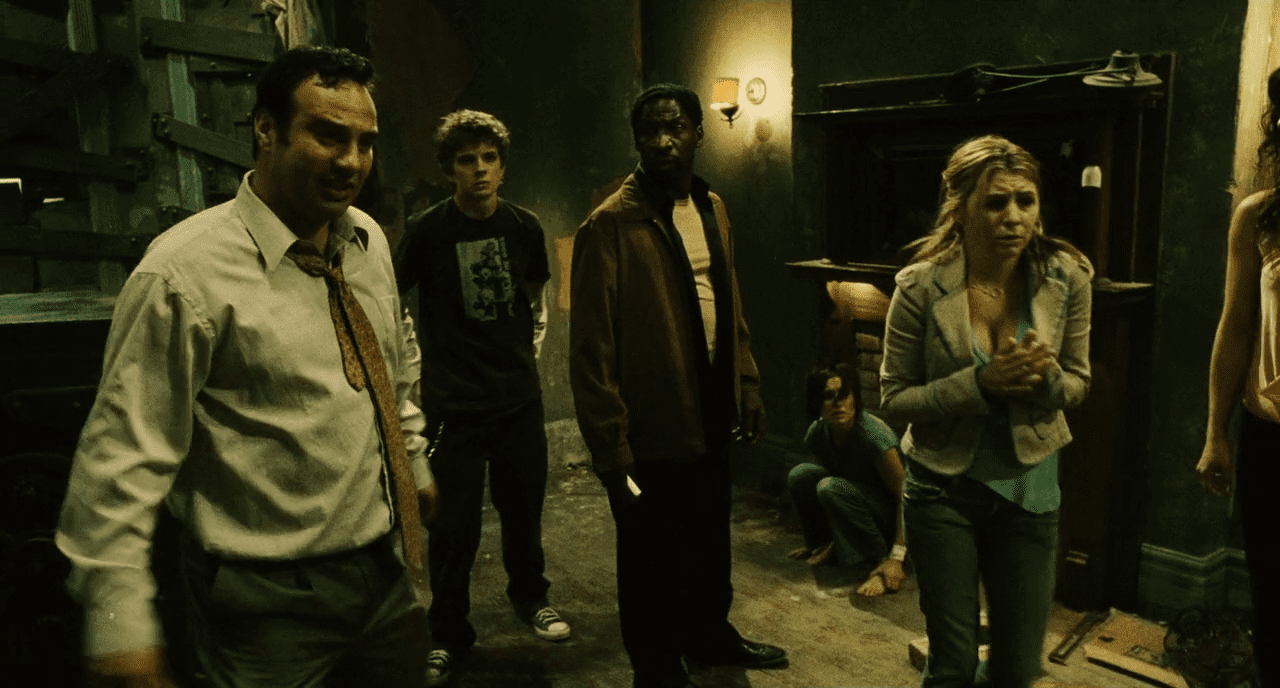 Saw II ran with the blueprint from the short film and was able to build a house on the foundation that the first film laid.