Delusions can be a hell of a drug, but what happens when you have real-life proof of them? Amelia Moses’ Bleed with Me at Salem Horror Fest tries to answer that question. This film tells a tale of vampirism and longing. It’s a slow burn, but it’s also incredibly anxious. Basically, the film feels like you’re having one long extended panic attack, which is exactly what a good thriller should feel like.

Bleed with Me is about two coworkers, Rowan (Lee Marshall) and Emily (Lauren Beatty), who go on a vacation together in the snowy mountains to an isolated cabin—like every other horror movie that came out in 2020. I joke. They’re joined by Emily’s boyfriend Brendan (Aris Tyros) who, after some bonding, seems to enjoy the company of Rowan more than his girlfriend. This irritates Emily, but just how much does it irritate her? Rowan keeps waking up each morning with a new bloody wound on her arm, which looks like self-harm scars. During one of those bonding sessions, Rowan does mention that a woman had stalked her after work one night, so maybe that has something to do with this. Or maybe Rowan is just delusional. 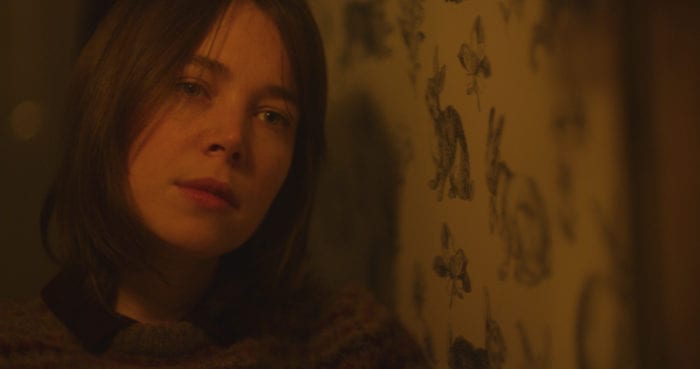 When I began watching Bleed with Me, my very first note was, in all caps, “are they gay???” We soon find out that the man on the journey with them, Brendan, is in fact, like I said, Emily’s boyfriend. So, that throws that theory out. Or does it? Rowan is very obviously queer-coded, in that it’s immediately obvious that she is, shall we say, obsessed with Emily. The two don’t come off as close friends—they’re co-workers who get along but definitely not best friends. From the beginning, we can tell that Rowan longs to be closer to Emily, and while you may say that that’s just a friend-crush, I’d like to present further evidence.

Rowan is jealous of Emily’s boyfriend and imagines herself in this intimate subservient position with Emily. It’s not even explicit during scenes of Emily taking Rowan’s blood, a piece of her that’s ingrained in every aspect of her body, that this is actually happening—Rowan just subconsciously wishes it would. She craves the intimacy of being “bitten,” of being used by Emily to satisfy her desires for blood.

Vampires have always been looked at as a metaphor for sexuality, specifically female sexuality. The blood, the penetration of the fangs—it’s all very vaginal. Traditionally, it’s the male vampire seducing the unsuspecting female. But why can’t a female vampire seduce a damsel in distress of her own? It’s 2020, we’re all gay now. In both scenarios, the vampire usually chooses the unassuming, virginal woman—and while Rowan doesn’t really come off as a virgin in terms of sexuality, she is a social virgin. She doesn’t seem to have many friends or really to go out very often. 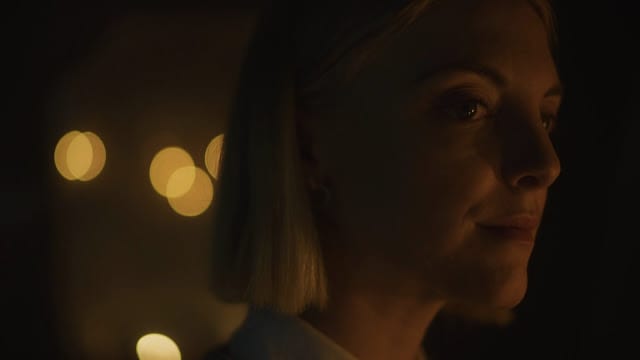 On the other side of the same coin, one could argue that it was nothing more than a desire for friendship, as Rowan really had none. She craved closeness in any sense of the word. And that’s fine as it is. Most of my points still stand, just with a different endgame. One could argue that Bleed with Me is a game of Rowan wanting to be friends with someone so badly that she gives of herself to the potential friend. But, considering the historically sexual nature of the vampire, it stands to reason that a sapphic conclusion is the more likely scenario here, and not to mention, the scenario I personally relate to more.

Now, if we’re assuming that Rowan’s delusions are reality, then we can then analyze Emily’s behavior as a supposed vampire. She’s elusive at first but then makes her presence known, almost as if to tease Rowan. But, if we’re assuming the delusions are all in Rowan’s head, it stands fit to examine why Rowan would want to be a vampire’s victim. Bleed with Me also brings into account the question of whether or not vampires are real. We either agree that what Rowan is experiencing is real or that it’s all in her head. Vampires are either real and Rowan is dealing with one, or they’re fake and Rowan has an overactive imagination. This film really gives the audience a choice between the facts. 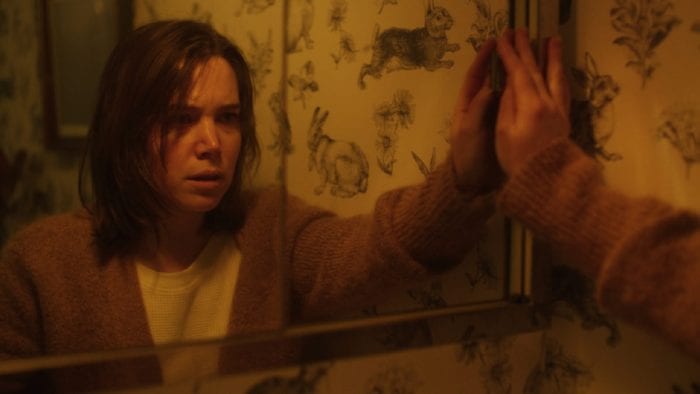 So often, it’s not as easy to disbelieve a victim, though. As much as Bleed with Me is a tale of vampirism, it’s also a tale of gaslighting. I’ve delved deep into the subject before, so I’ll keep this brief. The audience really can choose whether or not to believe that Rowan is the victim of a vampire plot, but they can’t choose whether to believe that Rowan has been stalked. It’s often touted that one should believe the victim, and rightfully so. When the accused is faced with the accusations, of course they’re going to deny them. However, some go a bit further than that and try to make the issue about the victim—perhaps about their wellness or their credibility. And Emily does exactly that throughout the film when approached about the vampiric activities. Rowan is being directly gaslit, so much so that the audience can’t tell what’s real and what’s not.

Of course, I can’t tell you which is the right answer. You’ll have to find that out for yourself. If you are a fan of high suspense, slow burns, and stories that really make you think, you will enjoy this film. Amelia Moses really outdid herself with this intricate tale. Bleed with Me is playing at Salem Horror Fest through Sunday, but for a full list of screenings, go to bleedwithmefilm.com.

Erica is the queen of giallo. All hail Erica. You can find them on Twitter @agnesvodka yes that's an Agnès Varda pun. Oh and the Scungilli man is real and I *will* find him.