Having the basic concept of a film series in the back of one’s mind doesn’t always mean one is prepared for moving through the franchise for the first time. Outside of the 2020 reboot, I have never seen any of these films before writing on them. The shorts, Katasumi and 4444444444, along with Ju-On: The Curse I & II I had to watch via YouTube because they were straight-to-video J-Horror releases. Yet going into this first viewing of Ju-On: The Curse, I knew there had to be something that captured the imaginations (or nightmares) of Japanese audiences in order for its reputation to breed multiple Japanese film releases and American remakes as well. 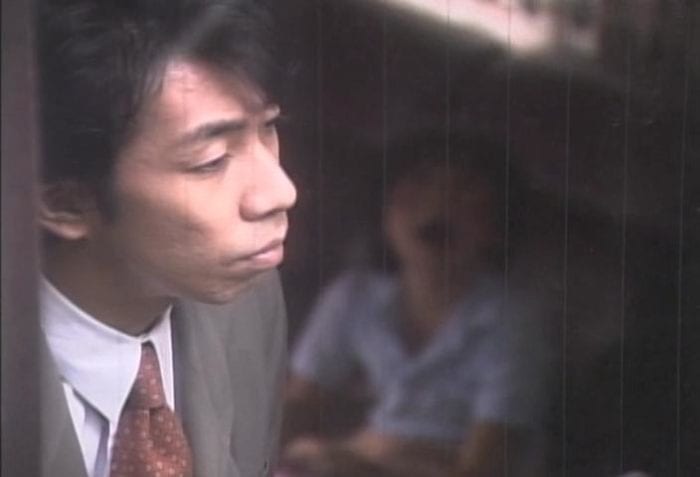 There’s a quality to low-budget TV horror film stock; it has more dimensionality to its texture and look. Mainstream film is smooth, satin-like in its seams and production. TV horror (and other low-budget forms of horror) have the look of ’80s home videos, film specks, and stretches and all. The Curse has this look. It feels like Takashi Shimizu found a house as a setting and a normal, no-frills video camera and captured reality as it happens in the Ju-On universe, practical effects and all.

With only a 70-minute runtime, the film moves along quickly from vignette to vignette of jump scares while filling in some of the backstory only alluded to in the previous shorts. We begin to understand the origins of the “Curse Grudge” as being spatially defined to the main house of the film. Something violent happened in this house and whatever evil survived now claims the bodies and souls of those who enter.

The film is made up of six parts entitled by the characters who are at the center of each vignette (and who often get killed). Going into The Curse, there are allusions to the original short films to the point that one part even revolves around the detectives who find the ravages the violence alluded to in Katasumi. If these six parts had been separated they would have largely made sense by themselves as continuations of the violence of Kayako and Toshio as they enact their grudges onto the innocent. Tied together, however, there is a disjointed feel to the film that strikes a similar posture as a horror anthology film. Yet, by the final act, these disparate stories are impressively weaved together into a largely coherent narrative. 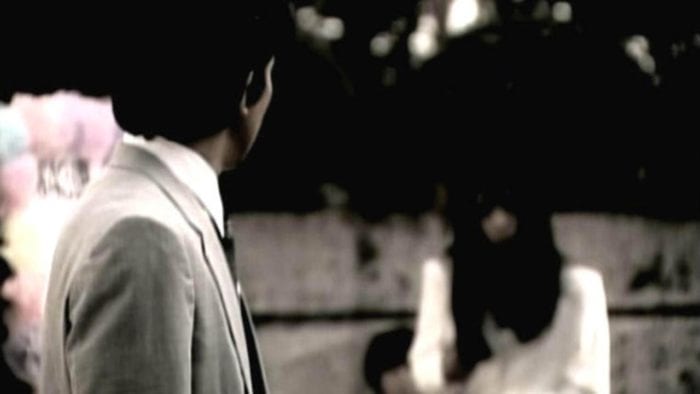 Shimizu plays around with time from part to part. Within the first quarter of the film, we get the sense that this is the same house we are witnessing, but two differing families (and storylines) are inhabiting it. Either they are all related to each other somehow, or Shimizu is cycling through the past and present towards the revelation of the beginning incident. Come to find out Takeo Saeki murders his wife, Kayako, and son, Toshio—both of whom we were introduced to in the shorts—in a rage after finding that his wife was in love with a college friend, Shunsuke Kobayashi, who turns out to be Toshio’s teacher we meet at the beginning of the film.

In many ways, Kayako’s and Toshio’s reign of terror is just another form of supernatural slasher violence. Yet instead of the unknown inherent evil of Michael Myers, the malice due to neglect of Jason Voorhees, or the mob-rule justice towards Freddy Krueger, Kayako and Toshio are born of intimate obsession, jealousy, and active, violent rage. Takeo killed his wife and son due to a diary she wrote in college about a man teaching their son. We can assume that she was probably still smitten by Kobayashi, but this didn’t entail indiscretions that would warrant Takeo’s rage. Instead, he actively killed innocents who had done no wrong and created hateful creatures of vengeance. 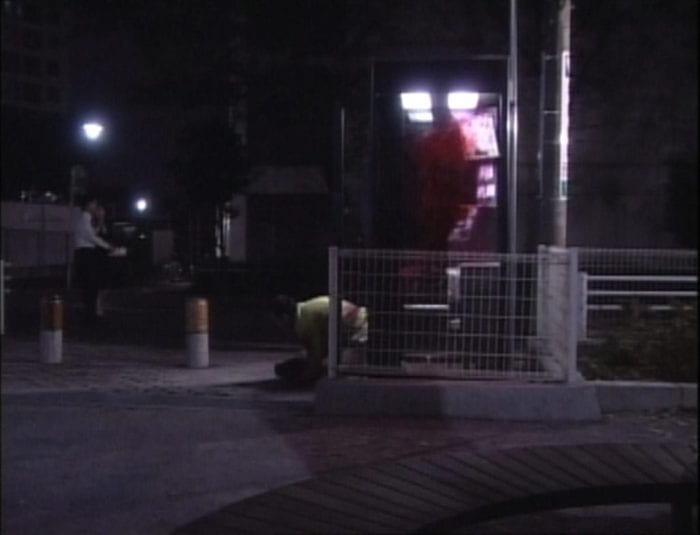 Perhaps there is a subconscious part of American society that jived with this collective sense of innocence and guilt. That these American bootstrap Karmic systems are not all they are cracked up to be and sometimes innocents are killed, and evil goes unchecked in everyday life. If the remainder of the films in this franchise follow in the footsteps of The Curse, then this franchise is laying down a significant critique about how the West quantifies and qualifies justice and injustice within society.

Ju-On: The Curse seems to be posing a question: how much vanity is involved in the idea that individual (perhaps private) actions don’t have any collective consequence towards the people, known or unknown, around us? The people who come into contact with Kayako and Toshio throughout this film are not directly connected to the inciting violence of Takeo outside of occupying the space that holds those haunted memories, but yet they still suffer from the violence of that intimate, domestic act of rage.

The choices we make, according to Ju-On: The Curse, live on in those who come after whether family, friends, or complete strangers. Their echoes fill the cracks of the wood floor, the nail holes of the house walls, live within the darkness of the attic, and reasserts itself at the most inopportune and vulnerable times. It shows American audiences a concept that few of us understand yet remains baked into those communities of Asia and the Middle East (along with other Eastern regions). We begin to find out that we aren’t as insular as we thought, but that we are intricately and inexplicably tied to our communities (and the spaces they inhabit) whether we like it or not.