This past Saturday (July 18, 2020), I had the pleasure of watching a live panel, Black Horror: An Up-Close & Personal Discussion With Black Filmmakers, hosted on the YouTube channel Nostalgic Nebula. The panel was moderated by Ivotres Littles and included Ernest Dickerson, Rah Digga, Keith David, and Toy Newkirk. You probably recognize these names, but I want to give credit where credit is due before I delve into the discussion.

Ernest Dickerson started his career in cinematography, making music videos for the likes of Bruce Springsteen and Myles Davis, but his career quickly took off from there. He is likely most known for his work with George Romero on Tales from the Darkside and his own projects including Juice (RIP Tupac).

Rah Digga, who might now be my favorite person, is widely known for her music, but she also made her mark on the film Thirteen Ghosts. She was also included in the documentary films Queens of Hip Hop and Say My Name.

Keith David has quite a career; not only is he a traditional actor, but he has many credits in voice and stage acting. You can find him on the big screen, the little screen and even in video games. Some of his most well-known work includes Armageddon, The Thing, They Live, and The Chronicles of Riddick. Honestly, the man has done so much, his IMDB page is a novel, and I haven’t even mentioned his work as a producer. I suddenly feel like I need to do more with my life.

Toy Newkirk started acting at the age of five and is probably best known in the horror community for her role as Sheila in A Nightmare on Elm Street 4: The Dream Master (1988). Toy now spends her time producing and even developing her programming for major networks. 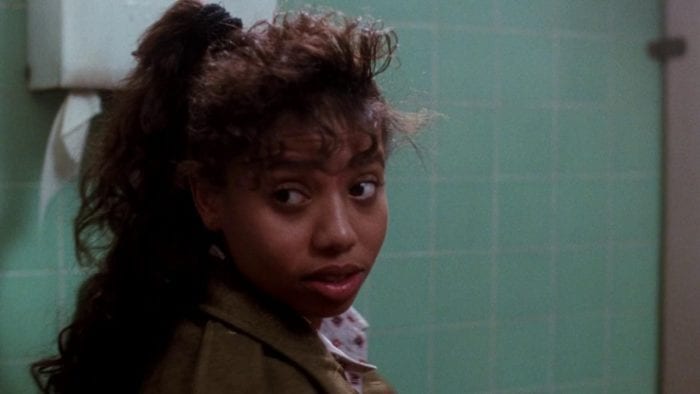 The entire panel was hosted as a benefit for the NAACP, where you can still donate at any time. The whole live steam is still available for viewing and is definitely worth the watch. There are so many cool stories shared once the panel gets going. Rah Digga is one of the funniest parts of the stream, and I could probably listen to her all day. She talks a lot about her experiences on the set of Thirteen Ghosts.

There were some very poignant questions asked by Ivotres Littles, and the panel had a lot to say. The first subject was about Black Horror, and if they felt like it was “having a moment.” This question brought up Jordan Peele and his recent contributions to the genre and how he is really changing things as far as the roles he writes for Black folks. Ernest Dickerson responded to the question with two really great points: “we always survive” and “hopefully not just a moment,” the latter meaning Black horror is here to stay.

You cannot talk about the history of Black people in horror without acknowledging the elephant in the room: Black people die first, and that was the experience explained by Toy Newkirk. There was a lot of discussion here as Keith David pointed out that, though he died in the end, he did make it to the end of his first horror film.

Rah Digga was having such a good time on the set of Thirteen Ghosts and had become so invested in the characters that she actually talked the director into letting her live; in the original script, she dies. I should mention this film was her first time acting. Rah also showed up to the audition hungover, as it was a last-minute thing. She had to ask them to let her improve because she couldn’t focus on the script, thanks to that hangover. 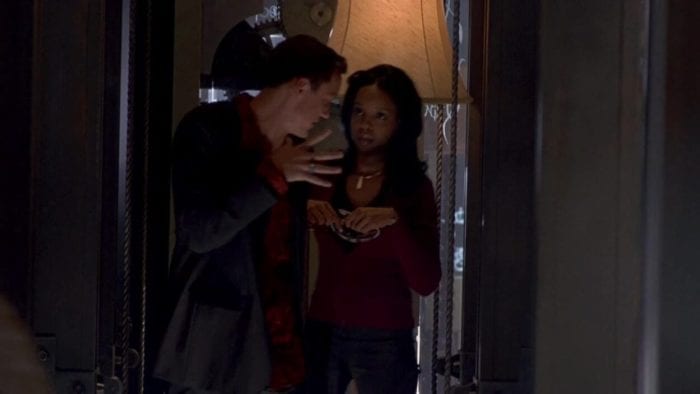 There were a few other questions that really allowed for great discussions, like what Hollywood needs to change to make sure Black actors get more roles. This question ties back into earlier answers and the mention of Jordan Peele. The way to get more parts is to write more characters and to write realistic roles. Keith David made the point that Black people have the same lives as everyone else, and Toy Newkirk explained that we need to write well-rounded characters for Black actors, not just ones that are “ghettoized.”

Ernest Dickerson also added to this conversation by explaining the need for more filmmakers of color. He goes on to describe how producers wanted a blonde white lead for Demon Knight, but he really fought to get Jada Pinkett because that’s who he envisioned for that role. Keith also adds that Black people in the industry need to be supporting each other inside the industry.

In all, it was a really great panel, and I highly suggest a watch. There are a lot of fascinating stories that I haven’t covered here, as well as more questions and discussion. I can’t give everything away! The stream is only around an hour long. It is incredibly insightful and educational, specifically to people like myself, a white lady that wants to learn more about the Black experience within my favorite genre. Also, don’t forget to donate if you can!