It’s all true. God is an astronaut, Oz is over the rainbow, and Midian is where the monsters are.

Nightbreed has always been a favorite horror movie of mine. For many years, I thought that was because it’s just a different kind of horror movie. It leads the viewer to have an alternate idea of who the “good guys” are. There is a Big Bad, but he is more of a fringe character while the film centers on antiheroes called the Nightbreed, or the Tribes of the Moon. My heart always went out to these characters who were secluded underground. I didn’t know it at the time, but as a minority in this world what I felt was kinship.

Nightbreed is a story of the “Others” in society. The ones who hide in the shadows because they aren’t welcome in the daylight. They look different, sound different, and act different. They are different; but why is different unwelcome? That answer comes when Aaron Boone (Craig Sheffer) realizes that it is his destiny to join the Nightbreed. His therapist, Dr. Phillip Decker (David Cronenberg), makes it his mission to orchestrate the fall of Midian, an underground city located in Shere Neck, Canada, hidden from view by an ancient cemetery. The town was founded by Baphomet to house the Tribes of the Moon and protect them from those who would harm them. The question remains, does Decker want to destroy Midian because the Breed wouldn’t accept him as one of their own or because they are “monsters”? I believe the movie leaves it to the viewer to draw his/her own conclusions. 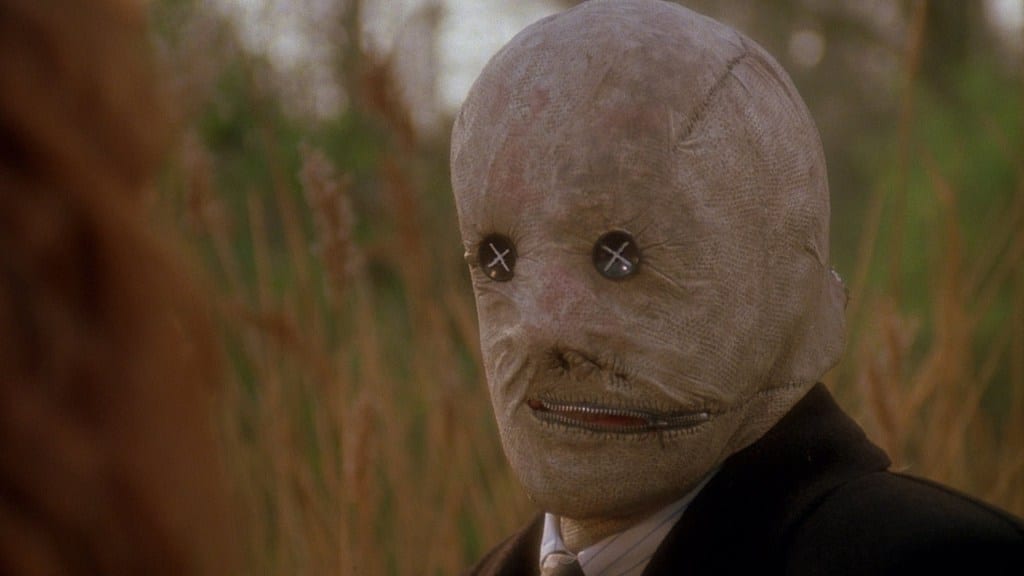 Central to the theme of Nightbreed is finding oneself and becoming what you were truly meant to be. In Midian, we also find that sometimes the true monsters are those roaming right next to us in everyday society. This becomes abundantly clear when Decker murders innocent families to frame Boone. He then gives Boone hallucinogens, so he isn’t sure if he has actually murdered these people or not. While in the hospital coming off these drugs after an accident, Boone meets Nacisse (Hugh Ross) who desires to go to Midian and who becomes Boone’s sponsor and escort.

When Boone journeys to Midian, he is confronted by Peloquin (Oliver Parker), who isn’t into playing by the Breed’s rules and smells that Boone is not a murderer, but an innocent. Peloquin bites Boone, turning him into one of the Nighbreed, which becomes fortunate when Boone is later confronted by the police and shot outside of the cemetery gates because Decker once again betrays him and suggests that he is carrying a weapon. 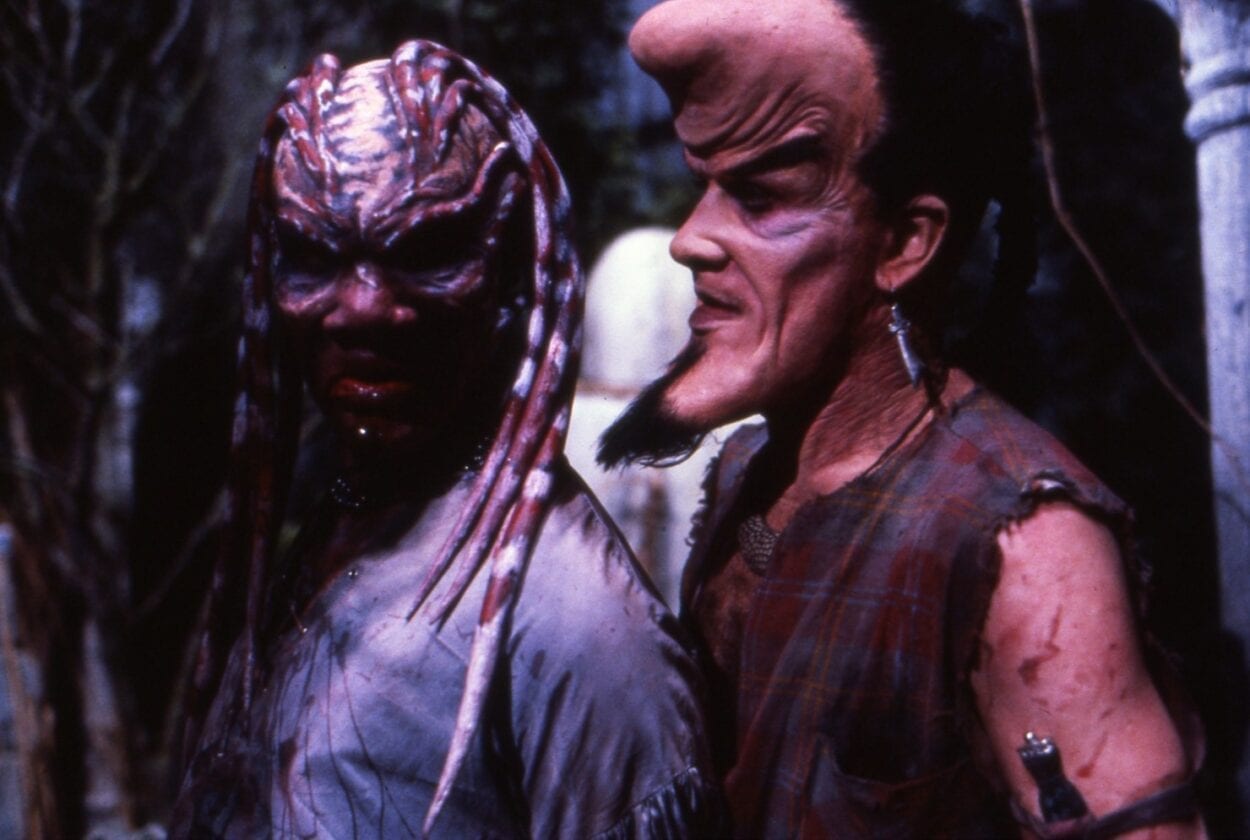 Boone reanimates in the morgue and returns to Midian—now as Cabal, the savior of the Tribes of the Moon. His girlfriend, Lori (Anne Bobby), is so distraught over his death that she goes to investigate the place he was gunned down and ends up ingratiating herself to Midian’s inhabitants by saving one of their own. She begs to see Boone but is told by the Elder, Lylesberg (played by the legendary Doug Bradley), “What’s below, remains below. That is the law.”

Lori runs back to her car to find that her friend has been murdered by Decker who then intends to also murder her to bring Boone out of hiding. This causes Lori to run to seek help from the Breed, bringing trouble for them and leading to an all-out war between the Tribes and the Naturals.

There is a thought-provoking scene in which Babette (Kim Robertson), the child who Lori saved, shows her how the Tribes have been persecuted in the past and how the Naturals have driven them to near extinction. Rachel (Catherine Chevalier), Babette’s mother-figure, says, “You call us monsters, but when you dream, you dream of flying and changing and living without death. You envy us, and what you envy…” Lori finishes her sentence, “We destroy.”

This is pivotal because it is during this moment the viewer realizes the deeper meaning behind the film. The monsters are the Others, they want only peace and to be left alone. Decker and the Naturals encompass society, seeking to destroy what doesn’t fit and what they can’t understand. 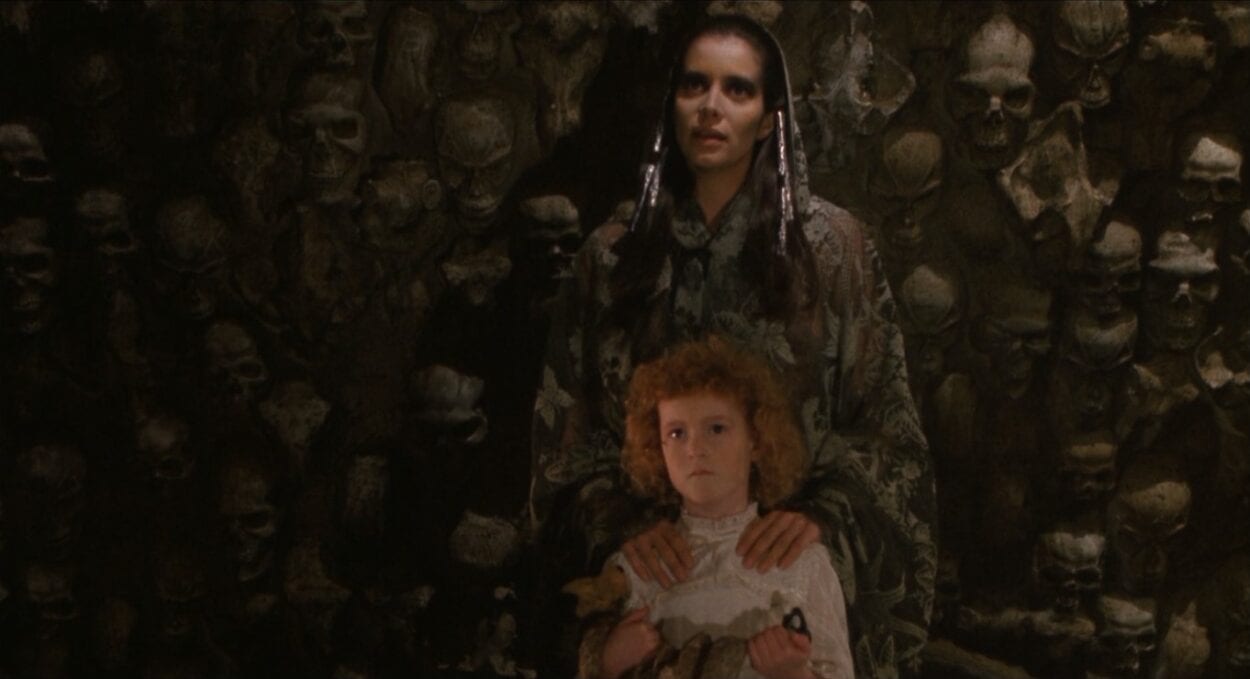 After being hunted and arrested, Boone puts up no fight as he is beaten in police custody while being called a “freak” and a “cannibal.” The Naturals go to Midian to start trouble, brutalizing the residents and destroying their home. They go to Midian “with God on their side,” armed to the teeth—a mob looking to extinguish a race of people who have done nothing to them. Boone calls upon the Breed to stand their ground and fight back but they are frightened and unable to fight; they are being slaughtered like cattle. Boone again calls them to action saying, “If you can’t do it for yourselves, do it for your children!” This statement further cements the idea of the monsters being Others—simple, peace-seeking beings who are persecuted for their differences.

Ultimately, the real monsters are shown to be the Naturals and society as a whole. The concept of good versus evil is turned on its head. Boone vanquishes Decker as Midian falls and takes up his calling to save the Tribes of the Moon, leading them to salvation beyond hiding in Midian. 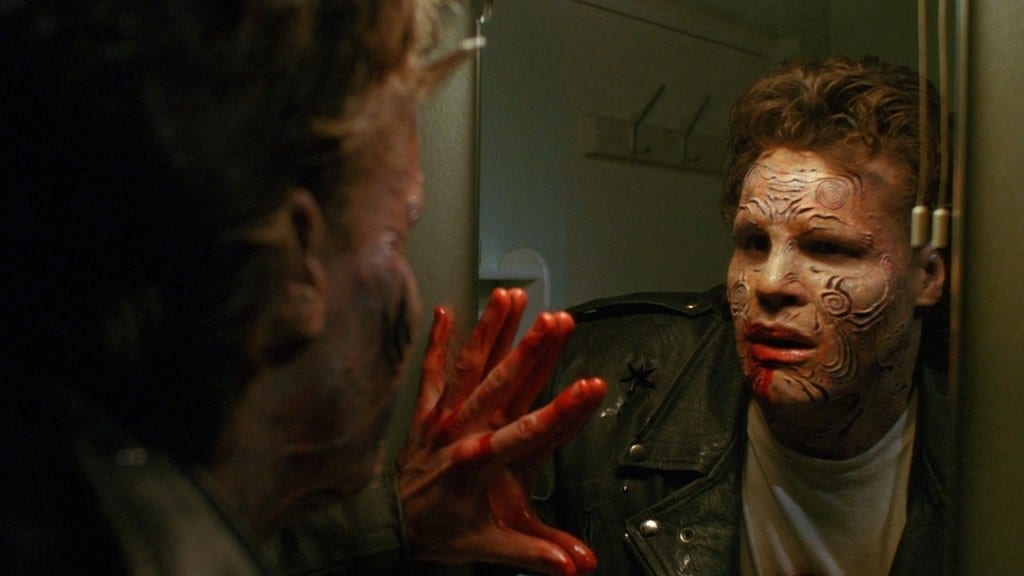 Cabal, the novella on which the film is based on is written by an Other. Clive Barker is an English playwright, novelist, film director, and visual artist who came out as gay when he was 18 years old. During his early years as a writer, he would occasionally work as a hustler when his writing didn’t provide sufficient income. While he claims to not be religious, the parallels between Nightbreed and the Christian history of Jesus Christ and his followers cannot be dismissed. Like Boone, Jesus was a man who was sent to deliver his followers from death and lead them to everlasting salvation. He was an Other, a Jew among Gentiles, following his destiny and being persecuted for it.

Unfortunately, due to the events in the world today, we are learning a lot about who society deems as Others. Anyone following the nightly news is witness to the uprising between citizens, the police, and legislation that moves to discriminate against large portions of society. Maybe we can learn something from this cult-favorite and take a little time to educate ourselves about those who are different from us and possibly realize that we aren’t so dissimilar after all.

Looking for more about dark fantasy films? We’ve got you:

“The Head Hunter Shows That Less Is More”

“Jessica Forever Is Worth Fighting For”

“The Wolf House and the Horror of Subtext”