This article is now available on Audio exclusively for our Patreon supporters. For just $3 a month you will have access to our full library of Audio content, plus three new uploads every week. To sign up visit the 25YL Media Patreon page.

Winchester, also known as Winchester: The House That Ghosts Built, is a supernatural horror film that came out in 2018. The film follows the unconventional and somewhat disturbing life led by Sarah Winchester (Helen Mirren), who lives in a mansion that is always under construction in San Jose, California. The film takes place in 1906, as a doctor hired by the Winchester company is sent to Sarah’s home to evaluate her mental health and determine whether she is fit enough to continue running her late husband’s company.

In the film, Sarah is haunted by the ghosts of people whose lives were taken as a result of Winchester firearms. Sarah is eccentric, but certainly not crazy, as the film depicts. Her great-nephew Henry (Finn Scicluna O’Prey) is possessed by a particularly violent ghost on more than one occasion, they experience the devastating San Francisco earthquake of 1906, and Sarah, the doctor, her niece Marion (Sarah Snook) and Henry are left to their own devices to discover the identity of the evil spirit, fight him off, come out alive, and heal some hurts along the way.

Henry is a young boy, living in the famous Winchester Mystery House (before it was known as such) with his mother Marion and great-aunt Sarah. Henry is an innocent party, having nothing to do with the deaths caused by Winchester firearms.

A ghost as evil as Benjamin Block (Eamon Farren) fails to see past his own fury to spare an innocent child, however. Benjamin possesses Henry more than once, which is possibly one of the worst things he could do in his afterlife. Henry is young, still oblivious to most of life’s woes, and completely innocent. His only crime is being in the house, or in the wrong place at the wrong time. Benjamin tries to kill Henry by jumping off a roof while possessing him, but Henry is saved by the doctor, Eric (Jason Clarke), who is there to assess Sarah’s well-being. 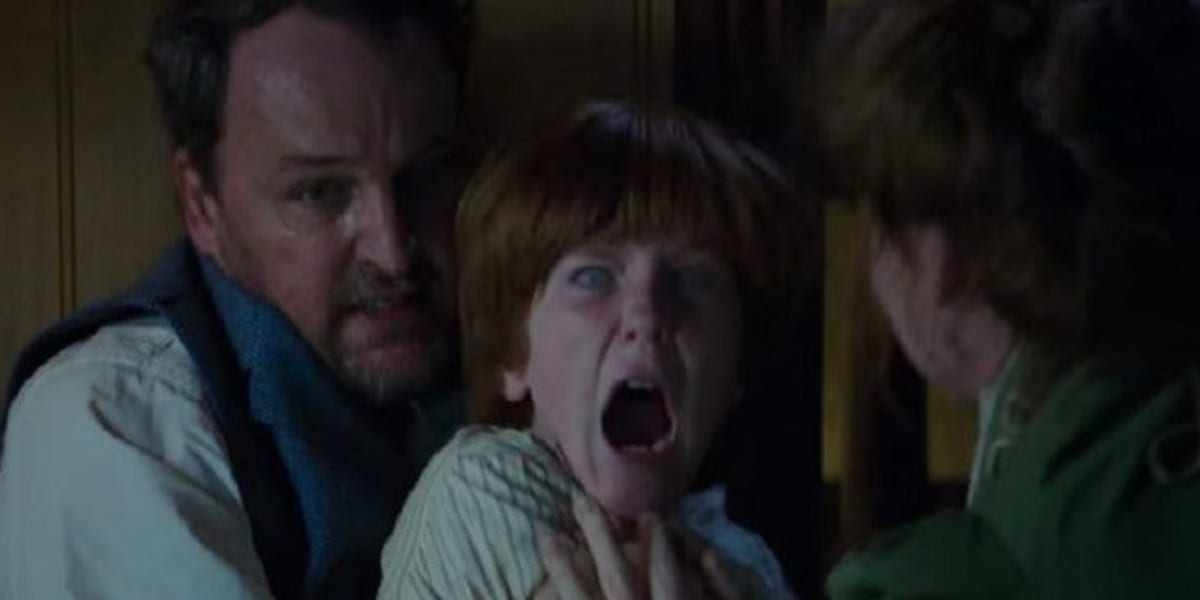 It’s the ultimate violation, infringing the life of a young boy and trying to murder him. Even though Henry survives, who’s to say he’s not scarred for life in some form? Would he be that much more vulnerable to further possession after an evil spirit like Benjamin? Possession tends to leave scarring in some form, even if you can’t remember what happened while possessed.

It shatters childhood innocence, too. While possessed, Henry was being forced to kill his beloved Aunt Sarah. What if he had been successful? He would have forever been burdened with the guilt of murdering a family member, and certainly not of his own volition. Possession alone is awful, but doing this to a child makes the spirit seem that much colder, that much more cynical, evil, selfish, relentless, dangerous, and definitely inhuman. It’s the kind of spirit that has lost its humanity altogether.

In a way, Benjamin Block had let his grief erase his humanity. Angered at the deaths of his two brothers from Winchester firearms, we can sympathize with his grief. However, sympathy ends there, as Benjamin chose to see the guns, not the killers, as the enemy and stormed into a Winchester office, shooting innocent employees before being shot and killed by police. When you look at his final act while still alive, you can see Benjamin is too far gone to be saved.

It’s not surprising Benjamin turned into the malevolent spirit he did, but he targeted the wrong person, Henry, to take out his anger on. Sarah was the actual person Benjamin held ill will against. Perhaps he thought that if Sarah were to die at Henry’s hands, it would be the greatest form of suffering she could endure in her final moments, knowing that her own nephew is being utilized as a means to ensure her murder. In which case, his motive for Henry’s possession makes sense, but it certainly doesn’t dismiss it or make it okay in any form. I know I was happy to see his reign of terror as a ghost end before the film’s conclusion, as he didn’t deserve Sarah’s kindness in trying to help him move on. Some spirits just cannot be saved.

The Ghosts Of The House

One of the things I noted was the fact that Sarah uses thirteen nails to keep spirits sealed inside the individual rooms she builds for them. Thirteen is a superstitious number, and usually, not one people like, at that. It’s usually associated with bad luck, but in Sarah’s case, thirteen is a good number, as it keeps the spirits away and out of sight. 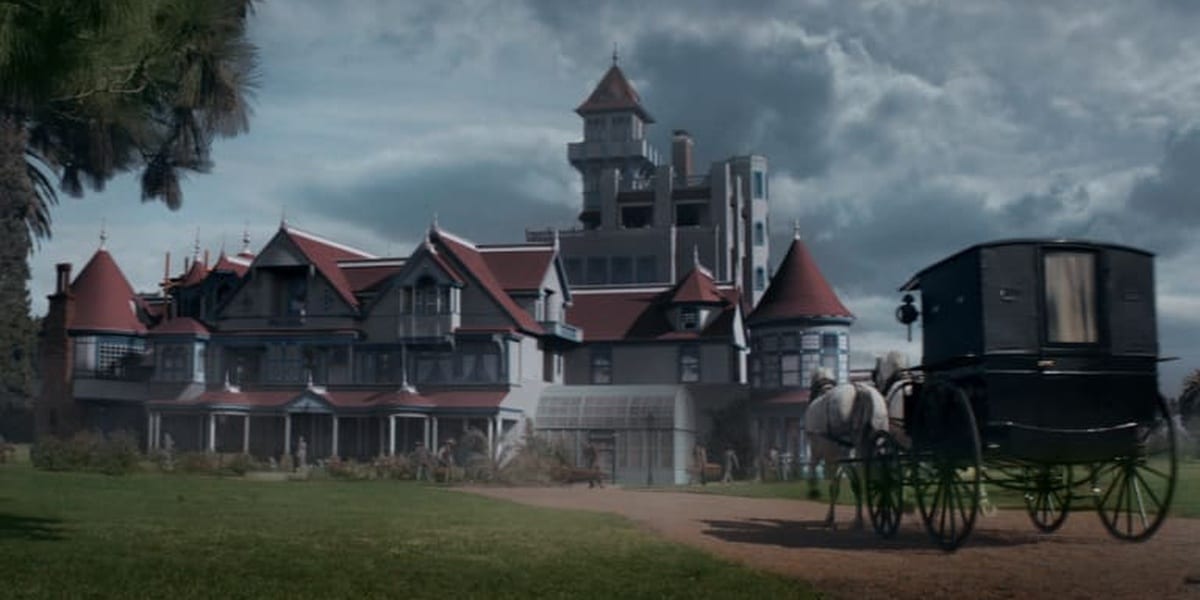 Each room is constructed for specific spirits. Sarah keeps records of those who die because of Winchester firearms, so she knows how to design the rooms for them. She’s smart, sealing off the rooms so that they may have their space, and Sarah has her own. This way, her house isn’t overrun, and she still has her own space in which she can be relieved from her burden of personal responsibility that she feels she must carry.

Being an heiress due to objects that are meant to inflict pain, even death, can’t be an easy weight to bear. Though Sarah has an endless fortune, its origin comes from a place she would rather not think about, and I don’t blame her.

Sarah suffered devastating losses in the forms of her husband and daughter, both in real life and in the film. Perhaps she was willing to take on the burden of helping spirits who died as a result of Winchester firearms to ease her pain, to feel like she was helping them move on and repaying a debt. Perhaps she felt punished after losing so much and was trying to redeem herself somehow, to show that she was capable of helping people even after death. In the movie, helping the spirits appear to bring Sarah some form of peace. Her home is always under construction because obviously people die all the time, and rather than be haunted, Sarah wanted to use her fortune to help them and spare herself of any more pain. It was a win-win. 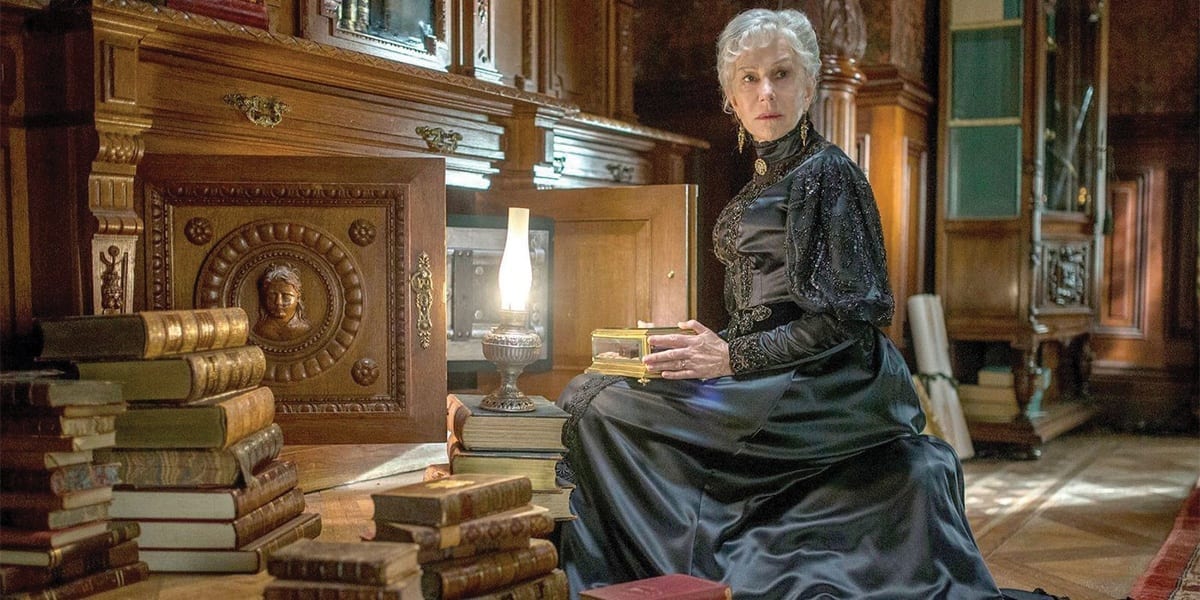 However, Sarah has her limits. When evil spirits like Benjamin Block enter and begin messing with her family, Sarah takes it personally, as she should. She’s kind enough to welcome you to a corner of her home, but if you take advantage, like possessing family members or trying to murder her, Sarah will ensure you are dealt with in another way altogether. Thankfully she had the help of Eric, who was able to see ghosts after temporarily dying following a gunshot wound inflicted by a Winchester gun before he was revived. Eric shoots Benjamin with the bullet that Eric kept from his own shooting, in the rifle that Benjamin used to conduct the shooting against the Winchester employees, and as Benjamin is afraid of it, he is banished.

The rooms are meant as a means to seal off what cannot be forgotten, at least until they can move on, or until Sarah feels she has fulfilled whatever duty she feels she must in order to give them, and herself, some peace. The rooms are there in the background, keeping the spirits at bay, to help Sarah find a balance between the living and the dead, and alleviate whatever responsibility she may feel in regards to her company’s product and the actions taken with those firearms.

Eric, at the beginning of the film, is deeply in grief over the loss of his wife Ruby (Laura Brent) and is a drug addict. By the end of the film, he sees Ruby as a ghost and receives closure. Ruby was misdiagnosed as “delusional” by her own husband when she really could see and hear ghosts. Now that Eric has that same ability because of his own temporary death prior to his revival, he understands his mistake on a greater level.

It is Ruby that gets Eric to help Sarah, and Eric finds Sarah just in time to help her defeat Benjamin. In this case, seeing ghosts is a good thing, especially for Eric as it allows him to say goodbye to his wife and defeat the enemy. However, seeing and hearing ghosts isn’t always a blessing.

I used to watch Ghost Whisperer quite often in my high school years. That show always did a great job of portraying the pros and cons of Melinda’s (Jennifer Love Hewitt) gift. Ghosts infiltrated her life on a daily basis, and she learned to tune them out when necessary while also helping those that needed it the most. Some, however, were so persistent she couldn’t ignore them. 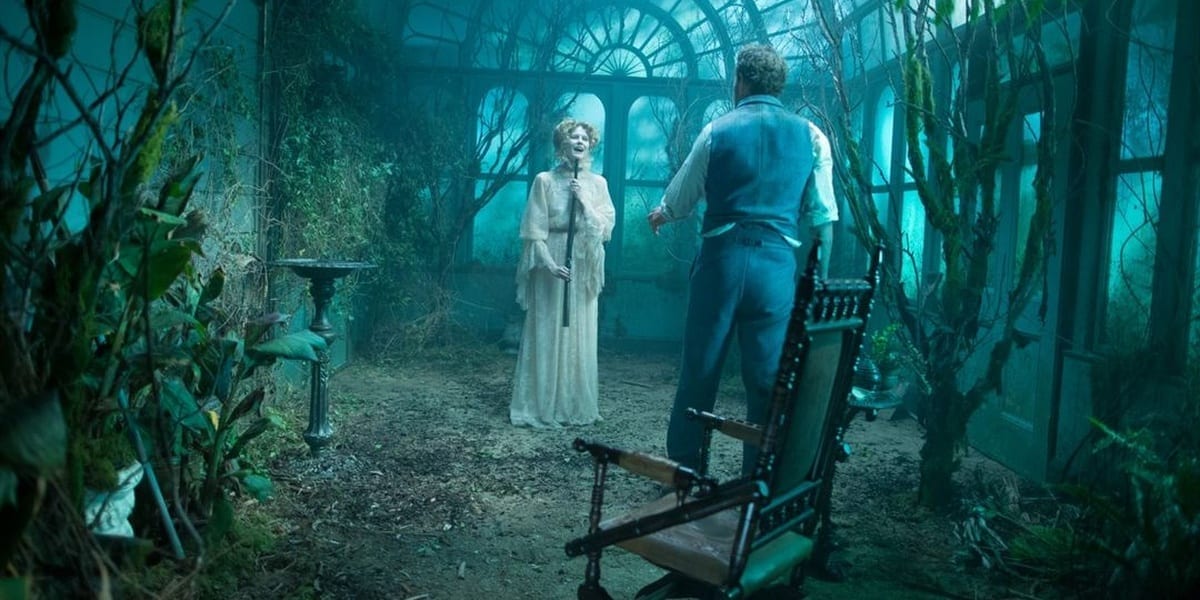 Imagine how Ruby, who was misdiagnosed, felt. She was so devastated her husband wouldn’t believe her that she shot him, and killed herself. No doubt she felt crazy, on the brink of insanity, afraid of losing him and everything she cared about. She just needed someone to believe her, believe in her, and it took her death for Eric to finally hear her. Hearing and seeing ghosts may mean you can help them and save people, or otherwise help them move on, but it also means a violation of your basic senses of sight and hearing, a violation of your sanity, a violation into your daily life.

I’ve long listed the Winchester Mystery House on my bucket list. I’ve always wanted to see the mansion in all its glory, including its staircases that lead to nowhere. Though not physically leading anywhere, perhaps they’re meant to lead somewhere we are not meant to see, only attempt to understand.

Homes are meant to be private, a sanctuary in which you can be yourself. Homes tell outsiders about their residents, from what they like to eat to how they decorate to what they like to watch and how organized and clean they keep their homes. If you’re invited to a person’s home, it’s a big deal, because you’re seeing another part of that person’s life, that part being where they truly let down their walls. Sarah let in all kinds of spirits to her residence, allowing them to see and possibly feel what Sarah feels. Sarah, in both the film and in real life, was a private person. Letting down her walls and boundaries, even for spirits, speaks volumes. 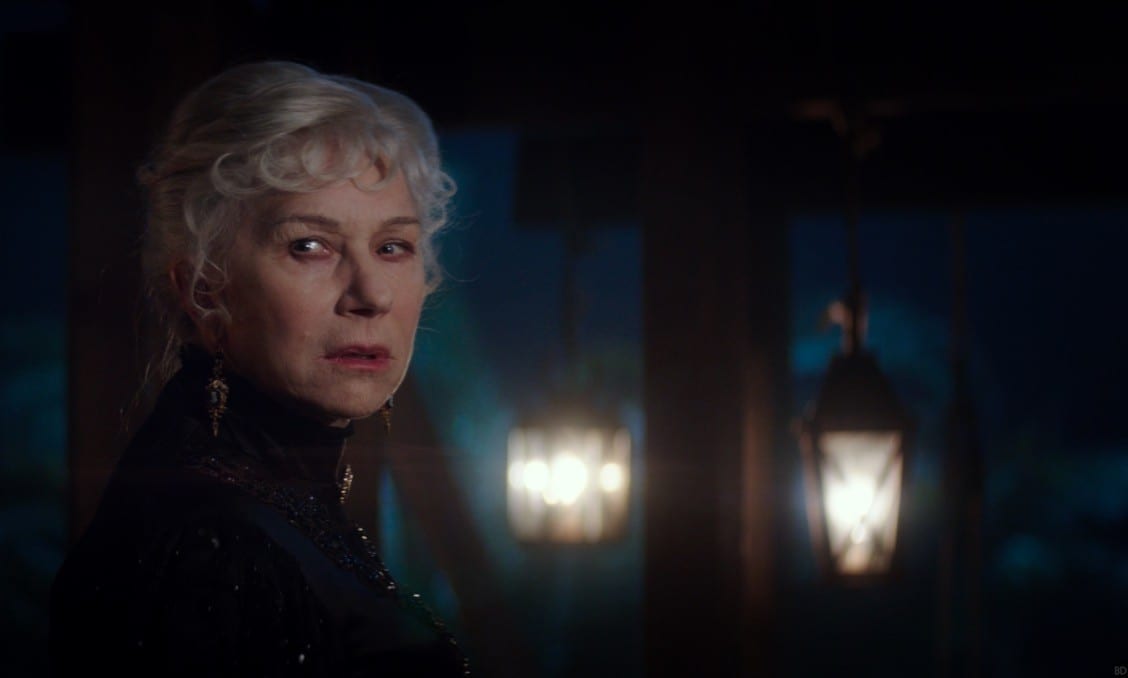 If that boundary is ever crossed, it becomes a violation in that home, and it leaves a mark. Sarah doesn’t stand for it, and many people would concur. Crossing lines sometimes means burning bridges, and closing doors to those who are less than welcome.