I love horror, and I have spent an awfully long time listening to people list their favourite horror films, and I’ve noticed that horror films from the United Kingdom are rarely mentioned. I am partially guilty of this myself because British cinema can be easy to overlook when it’s not thrown in your face like the movies we’re all talking about. But I am British, and I take pride in the fact that my country has produced some excellent motion pictures.

I have a love for all movies, but I am particularly fond of those dating from the 1990s backwards, and when we look into the 1950s to the 1990s — British films had something very unique about them, they felt raw and unfiltered. I find this a very attractive quality in my horror movies. The British create movies that are set amongst real people, ordinary people, and they do this with most genres, it almost brings the story to life. For me, especially living in England and watching something created here, of course, I relate to it more than others.

I can’t say for sure, but I imagine with the United States being so vastly different from state to state, seeing a motion picture filmed in New York or California might be completely unrelatable. But for us English, from one end to the other, England has a certain feeling for me, and it’s a feeling I find is present in British film.

I’ve spoken in some of my previous articles about my love for realistic factors in horror films and movies that are set in the real world. Horror always has a somewhat fantasy aspect to it, but it makes it all the more creepy when it feels real, don’t you think?

British movies have that realness come naturally to them; I don’t know how or why or if it’s planned. Perhaps it’s the setting or even the accents! It gives horror movies a unique edge, and they become all the more intriguing.

But, as we know, British horror can be overlooked, or you could simply never be made aware of it at all. It’s regrettable, and I suppose I’m here to complain about it!

Two of my most favourite horror classics came from around these parts. The first being Terence Fisher’s Dracula (1958).

This particular Dracula as it is a product of Hammer, is quite a popular one, and it definitely deserves to be.

This movie brings to mind the British style architecture and decor in film, it’s absolutely perfect for a horror setting, and that’s because, in England, we have very old buildings. I’m not saying other countries don’t, but historic homes are very apparent here. They’re quite elegant and beautiful. These vintage homes have a sense of class that suits a vampire more than his coffin does. Especially when we are referring to Christopher Lee as Count Dracula, how suave and sophisticated he came across! That unique, classy British architecture and the wildness of the forest mirrored the wildness behind his eyes and his rather fancy exterior.

The second of my favourite pictures that emerged from Great Britain is An American Werewolf In London. I’m sure you’ve seen it, the movie with the unforgettable human to wolf transformation scene. This movie was shot in both London and Wales. It’s not often at all that Wales is put into the spotlight, so I found it quite refreshing. A fun fact about this film is that director John Landis filmed specifically between February and March in order to capture the gloomy British weather that creates that spooky atmosphere. I suppose that’s another thing to point out about the UK; we do have quite scary weather!

These movies are both classics and don’t nearly cover all the horror sub-genres that the UK has delved into, but they do stand out because they capture things that I find enjoyable about the British film industry. They are also both from quite a while ago, and it’s interesting to point out that British horror has changed substantially throughout the 21st century. I’ve always favoured the old rather than the new, but that doesn’t mean the new is all that bad. For example, The Woman In Black. I found that to be a wonderfully scary ghost film, and that came from the UK in 2012. Quite recent and an exciting movie that captures aspects of those two previous pictures from the ‘50s and the ‘80s. 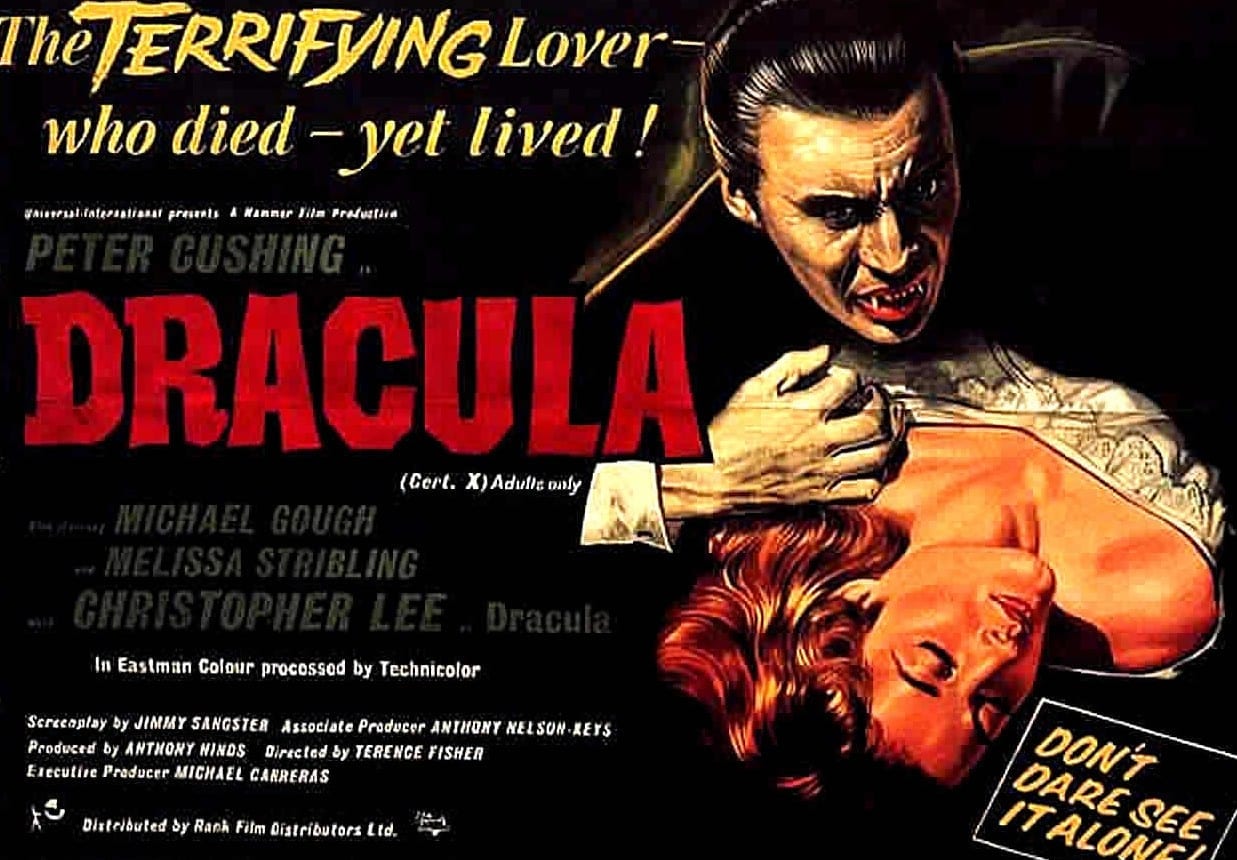 I stumbled onto a publication recently that categorised modern British horror films into three current trends. The first being called ‘hoodie horrors’ and this being described as movies made in response to the fear of Britain’s urban youth culture, which believe me, is very real. The second was the ‘great outdoors’ referring to movies about England’s natural environment and the horrors of any psychological effects they might have, and the third was titled ‘psychological horrors’ where the character comes to see the monster already lurks within them. These trends are somewhat in keeping with the things I have already pointed out. Hoodie horrors are the current representation of real-life through British horror, everyone is in fear at some point on the streets here, and we see news story after news story about stabbings and robberies and deaths. So when a film is released, and we are watching gangs and people having to walk through these streets in an eerie atmosphere in our movies, it alerts us and makes us feel anxious, because we’ve all been there. That real element to hoodie horrors may even hit a bit too close to home for some of us.

The great outdoors horror trend links back to how An American Werewolf In London captured the Welsh moors and Dracula highlighted historic British architecture. You’ll often find something scarily quiet about our forests, and that’s often a factor in murder mystery show’s that come from the UK too. Why are all those houses where people die in the middle of the wooded areas?

Psychological horrors can come from any country at any time and have a serious effect on an audience, so I believe those to always be in the spotlight. But I’m glad to see them cross over into British cinema, too.

Throughout the years, we see British horror films keeping up with trends while also setting them, and we see the British pictures never lacking in what truly makes them unique, which is usually Britain itself. It is its land and its people. A film being shot in the United Kingdom can completely change the entire tone, and I have to say I think that is very fitting when it comes to horror because sometimes you need that certain edge to make a film stand out amongst the crowd. Hopefully, you’ll consider taking a look back at some of the British horrors and treating yourself this Halloween.