Warning: Spoilers have found a monkey’s paw and are making wishes all over the place.

One of the things that makes Shudder’s Creepshow so quintessentially Creepshow is its commitment to EC comics style morality tales. The majority of the segments in the series thus far have been treatises on the various sins we all commit. From the very first story, “Grey Matter,” and its brutal, monstrous depiction of alcoholism to the last episode’s “Man In the Suitcase” and its gleefully sadistic depiction of greed, morality, and punishment there are vertebrae that stack up into the spine of any quality Creepshow. It should make sense then, that the show’s penultimate episode would feature an adaptation of the dark, quintessential morality story: W. W. Jacob’s “The Monkey’s Paw.”

Published in 1902, “The Monkey’s Paw” is the story of a family—mother, father, and son—who is given the titular object by one of the father’s military friends recently back from India. The father, skeptical, almost jokingly wishes for $200 for the mortgage. The next day, the son dies in a workplace accident, an accident for which the company gives the family hush money…$200. Now grievously certain of the paw’s dark powers, the family wishes for their son back. When their wish is granted, they know before they see him, that their son isn’t who’s coming back. Just as before, the wish has been perverted and the son is a terrible, walking corpse. Back, but not how they hoped. The family then wishes the son back into the grave and burns the paw.

In their whip-smart, modern, Creepshowed adaptation of Night of the Paw, director John Harrison and writer John Esposito bring the story into the modern age and into a sufficiently dramatic new setting. The owner of their Monkey’s Paw is Avery Whitlock, a mortician played with grandfatherly charm and subtle darkness by Bruce Davidson. Whitlock saves a young woman—Angela, played with a sharp edge and predator’s caution by Hannah Barefoot—after a car accident and tells her his story of wishes and woe. 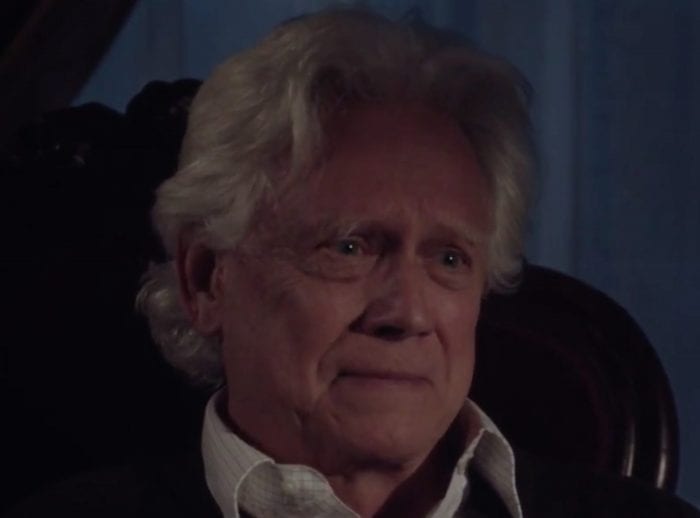 Every moment of his retelling is given dramatic lighting and a baroque score. Whitlock, in voiceover, tells the story of the wife he loved and lost, of their failing funeral business, and the paw that changed everything.

That Paw is an enduring cultural touchpoint that’s been referenced and featured and adapted, according to the Wikipedia list of its adaptations, over twenty-eight times. It’s been an episode of Tales from the Crypt and a segment in the Cartoon Network program I Am Weasel. It’s been a “Treehouse of Horrors” segment on the Simpsons and a throwaway plot detail in the Japanese anime xxxHolic. Why does a mummified monkey’s paw cling so tightly to the imagination? Why, like the son in the original story, does it continue to crawl in continuously shambling and unfamiliar forms?

In “Night of the Paw,” Whitlock and his wife use the paw to solve their business’s money troubles, but at a terrible price. His wife, Marjorie, just like the son in the original tale, dies and her life insurance policy saves the business. The business, a funeral home, is the perfect setting for a Monkey’s Paw, as it symbolizes every anxiety surrounding the paw: the desire to subvert the inevitable. Even completely encased in the paraphernalia of the dead and dying, Whitlock and his wife believe they can beat what must, unfortunately, come to us all. The Paw, as Whitlock warns in his retelling, was created by a fakir, a Muslim holy man, to teach the lesson that all things are governed by fate. Wishes and magic to grant them are and will always be a curse as well as a gift. 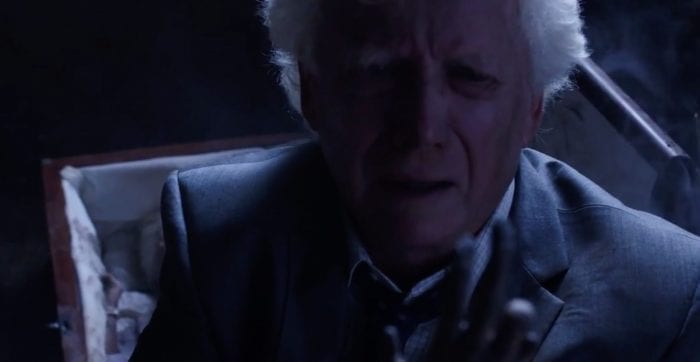 But that doesn’t speak to the enduring power of the paw as a cultural symbol. Why does it delight Simpsons writers and Japanese manga artists even a hundred years later? To me, the answer is simple: the Paw represents the devastating power of storytelling itself. It is the perpetually unfulfilled promise of fiction itself.

Every storyteller, whether a writer or filmmaker or painter or poet, understands the transportive power of their work. Each new story is a new world of contained, fantastical problems and powers and tragedies and terrors and victories all splashed onto the page or the canvas or the stage, but it remains just that. A story. As creatives, we have the uncanny ability to grant our own wishes with nothing but our wits and our words, but not really. That’s the monkey’s paw scratching every storyteller’s back.

When we grow bored with the world and we read Tolkien or Rowling or watch Star Wars or the latest episode of Creepshow, our wish for a world of simple morality and cathartic conclusions is granted, but, again, not really. The price we pay every time we make this wish is that the books close after the last page, the movies stop after the credits, and there will, sadly, be a final episode of Creepshow.

It’s the great and terrible secret of the Monkey’s Paw, and it still has as firm a grip on us as it did when W. W. Jacobs first put pen to paper.