Episode 3 of Shudder’s new horror anthology series is a symposium on the relationship between exposition and horror. Between the first story, “All Hallows Eve,” and the second, “The Man In The Suitcase,” we are given two stories at either end of the spectrum of plotting. Of course, these stories have a propulsive arc, but the degrees to which they feel consciously plotted are vastly different. In his book, On Writing, Stephen King (no small name when discussing Creepshow) breaks down his feelings on the plot’s purpose in storytelling:

You may wonder where plot is in all this. The answer — my answer, anyway — is nowhere…I distrust plot for two reasons: first, because our lives are largely plotless, even when you add in all our reasonable precautions and careful planning; and second, because I believe plotting and the spontaneity of real creation aren’t compatible.

What King means here, I think, is that a story needs to feel organic, built on decisions made by its characters, even in a situation as contrived as the average episode of Creepshow. One story in episode 3 matches that criteria and one falls drastically short. 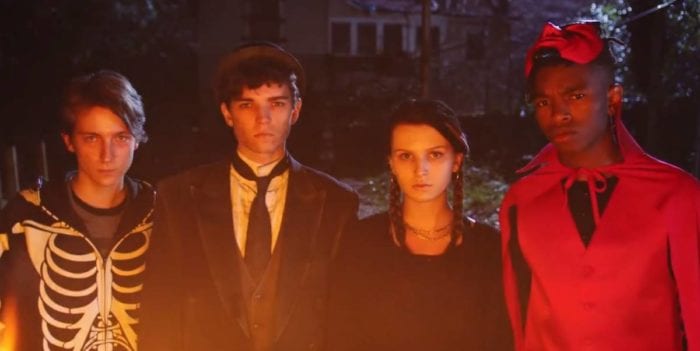 The first story, “All Hallows Eve,” follows a group of children on Halloween night, making their way around their neighborhood trick or treating. However, the kids speak to each other strangely, and the parents opening their doors react with a bizarre mix of terror and resentment. The questions pile on, compressing the story until the pressure feels like a shaken champagne bottle, bursting at the end in an explosion of exposition and violence.

The second story, “The Man In the Suitcase” on the other hand, operates the exact opposite way. With the exception of a rather large twist at the end, all the plot elements are laid out practically in unison near the start of the episode. A young man finds a man in a suitcase that spits up gold coins when he is in pain.

Written by Bruce Jones and directed by John Harrison, “All Hallows Eve” has to work as hard as possible to tell an engaging story without overplaying its hand. The kids are finally revealed at the end to be the vengeful ghosts of Trick-or-Treaters burned alive during a Halloween prank. They’re doomed to torment the neighborhood parents of the kids that killed them, spending every Halloween haunting the residents of their sleepy little town and demanding the blood of the guilty children. It’s a devastating blow that complicates the sympathies at play in the story, turning the seemingly monstrous children—like random, supernaturally cruel spiritual siblings to Martin from Yorgos Lanthimos’ Killing of a Sacred Deer—into righteous avenging angels. 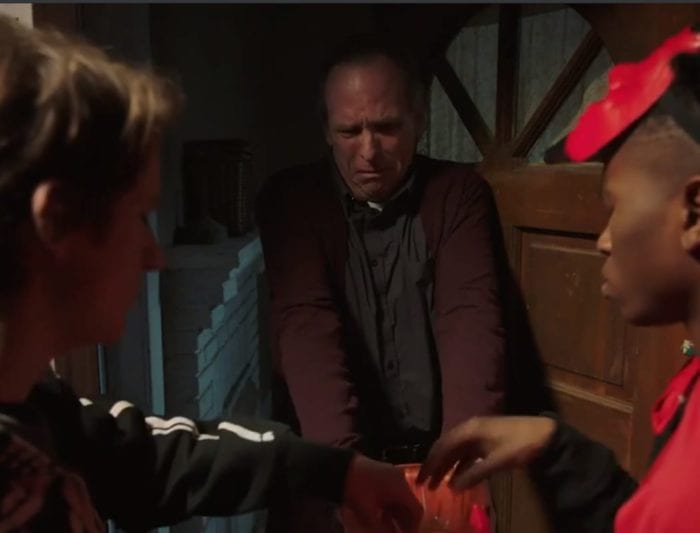 This juxtaposition plays all the cleverer against the backdrop of Halloween. The kids are literally disguised as monsters as well as figuratively presented as such by the mechanics of the story. The entire nature of the plot wears a mask, ripping it off in the last ten minutes to reveal, just like the end of every Halloween night, just kids in costumes, acting monstrous for one night.

Unfortunately, the cleverness of the narrative device acts against our emotional investment. Even by hiding the exposition and giving its audience an enigmatic story, Jones’ script creates a story environment where everything feels on rails, more in the service of a writer’s idea rather than the emotional truth of its characters. The trick-or-treaters sound inhuman because they are, but that behavior isn’t justified until the end of the narrative, leaving a great deal of the story’s dialog in the uncanny valley of inexplicably not quite human, which was enough to dampen my experience of the episode.

“All Hallows Eve” is a story undone by its slavish commitment to a clever conceit. Its characters feel hollow and the story feels undercooked because we aren’t given any time to get to know either before they’re slammed together into a mounting prestige. It feels less like a compelling mystery and more like something I simply couldn’t know until the end.

And then we have “The Man in the Suitcase.” All of “All Hallows Eve”’s sins are nowhere to be found in the brilliant second story written by Christopher Buehlman and directed by David Buckner. When our protagonist finds a suitcase at the airport, there’s a man in it. When he tries to let the man out of the suitcase, it hurts the man until he spits out a gold coin. That’s as much as we get in the way of pure expositional plot. The rest is a series of believable choices made by the main character, his girlfriend, and his roommate. 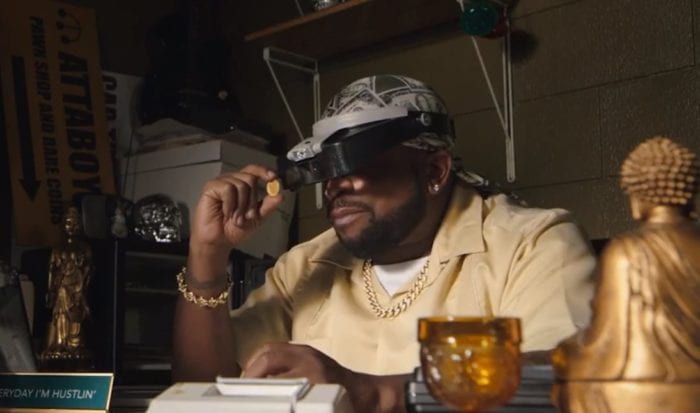 To bring Stephen King back into the conversation, he shines further light on his approach to storytelling later on in On Writing:

I want to put a group of characters (perhaps a pair; perhaps even just one) in some sort of predicament and then watch them try to work themselves free. My job isn’t to help them work their way free, or manipulate them to safety—those are jobs which require the noisy jackhammer of plot—but to watch what happens and then write it down.

That rings true for the organic strangeness of “The Man in the Suitcase.” It feels like a unique story precisely because of the characters we get to know throughout the piece. Our main character, Justin (played with wide-eyed wholesome stoner innocence by Will Kindrachuk), deals with The Man in the Suitcase differently than I would, but that’s what makes it compelling.

When his roommate and girlfriend encounter the suitcase, they have a different outlook than Justin does, and this breeds conflict which propels the story ever forward. It’s organic, human storytelling that feels like it could happen, even with the strange coin-spitting man crammed unnaturally into a piece of luggage.

Creepshow continues to hold my attention with not just the aesthetics of classic EC Comics horror but also the tactile nature of its scares and effects. It’s clearly interested in approaching horror from every possible angle. Sometimes it works, sometimes it doesn’t, but it’s always refreshing to see them step up to bat, point to center field, and take a swing.