If you, like me, find the moral and ethical bog surrounding true crime growing thicker, fouler, and harder to traverse, you might find yourself retreating more and more into True Crime’s less offensive neighboring kingdoms: paranormal investigations and cryptozoology. Rather than watch Ted Bundy defend his actions through hours of videotapes and interviews, I turn to the bright-eyed eccentrics chasing Bigfoot through the Pacific Northwest or wading through the swamps of Florida looking for the Skunk Ape. The lines between the fictions and realities of these killer critters are blurry and easier to walk along than the various podcasts, TV shows, and blogs detailing the exploits of actual serial killers. 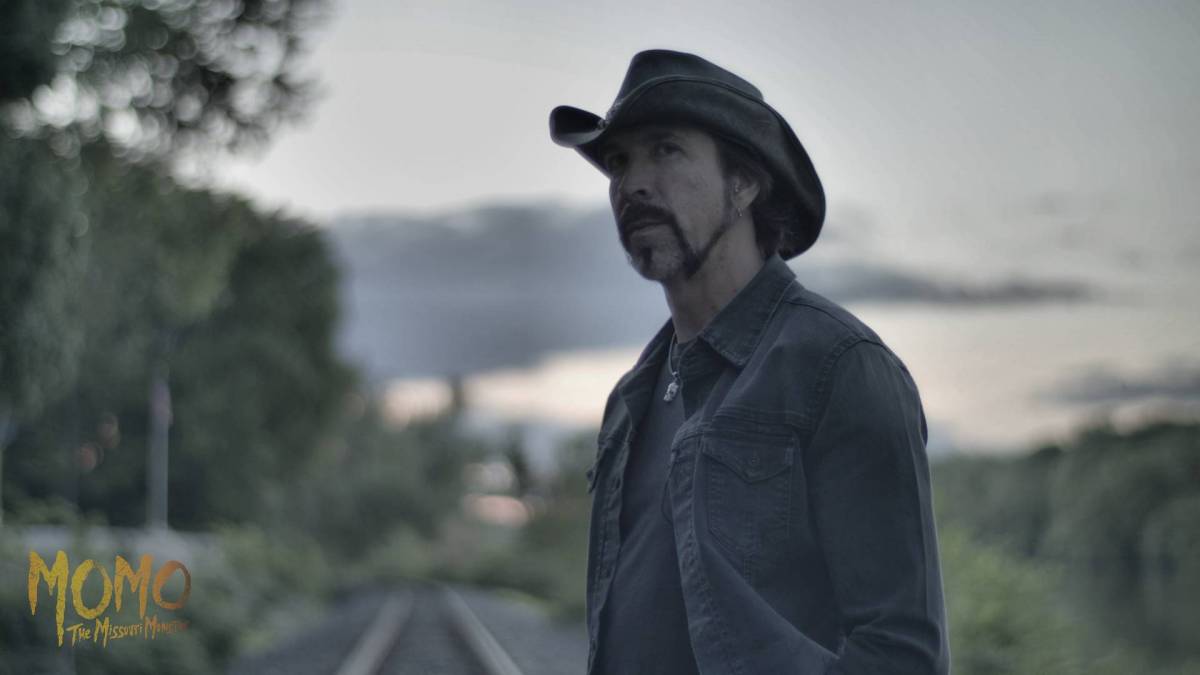 The movie spices up its chief narrative—a real documentary investigating the Momo myth with actual, cowboy-hatted cryptozoologist Lyle Blackburn as a host—with a completely fictional Z-grade monster movie inspired by the creature. This lets Breedlove have his cake and eat it too by showcasing a gritty, realistic documentary aesthetic when delving into the real events, then spelunking into the belching caverns of drive-in movies with cheap monster effects, over the top performances, and bottom-budget production value with their 1970s monster movie. The two narratives of Grindhouse Romp and Real Life Mystery bounce off each other and result in a fun blurring of fact and fiction that entertains throughout its run time.

The film expertly checks all the boxes for both genres. The interview segments of the Cryptid Case Files show are exactly like the ones in paranormal and cryptid investigation shows like Finding Bigfoot and Ghost Adventures and the host’s overwrought monologuing while half in shadow or standing in a field have all the Zak Bagans cheese and gravitas that fans of the genre know and love. When it comes time to show off the Momo movie of yesteryear, Breedlove never flinches, showing us a monster that looks right at home next to Robot Monster’s Ro-Man or Trog’s…Trog. The performances from the actors in the grindhouse film, particularly Adam Duggan as Edgar, patriarch of a family beset by Momo, feel discovered, uprooted from the 70s rather than like a bunch of actors playing dress-up in their parents’ clothes. Breedlove and the cinematographers, Luke Gaul and Zachary Palmisano, clearly have a deep love for both their subject matter and the cinematic styles of yesteryear. 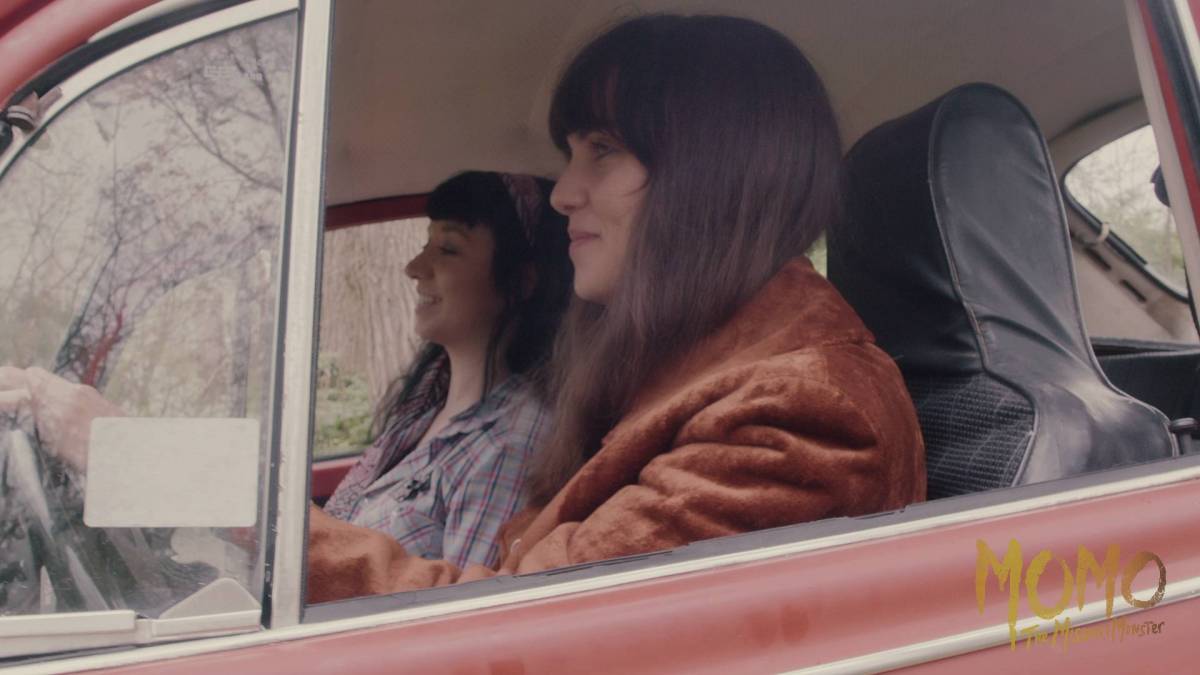 There’s something really interesting in Breedlove’s new approach to cryptid documentary filmmaking. While there’s always been debate around the veracity of Bigfoot, the Skunk Ape, the Jersey Devil, and Momo, Blackburn and the crew take their investigation very seriously. By contrast, the gratuitous cheese of the Breedlove’s grindhouse film makes all of the documentary’s claims and interviews seem more credible. Whether this juxtaposition is intentional manipulation or happy coincidence, it works to strengthen both lanes the film swerves between. The documentary is competently made, with non-showy handheld shots and opulent drone footage that place us deep in the world of their investigation.

Not since the 2007 JT Petty film S&Man has there been such a novel approach to the way cinematic truth and objective fact coexist. Once something is filmed and edited, it has authorship, and that authorship carries with it biases and goals. S&Man explored the relationship between underground horror cinema and the pathology of its fans and creators and did so with an authorial flourish. Momo seeks to do something similar with its treatment of the relationship between the spiritual truth of myth and the objective nature of fact.

Whether the Missouri Monster is real or not hardly matters by the end of the film. The story is real and has as much weight and meaning to those who tell it as any story does to the storyteller. In placing fact and fiction so baldly side-by-side, Breedlove and the Small Town Monsters team tell a larger, more meaningful story about stories themselves. The “long-forgotten” Momo film gives the Blackburn investigation greater weight because we, as an audience, understand how a monster story can make us feel, how it can influence a town, how it can shape a community. 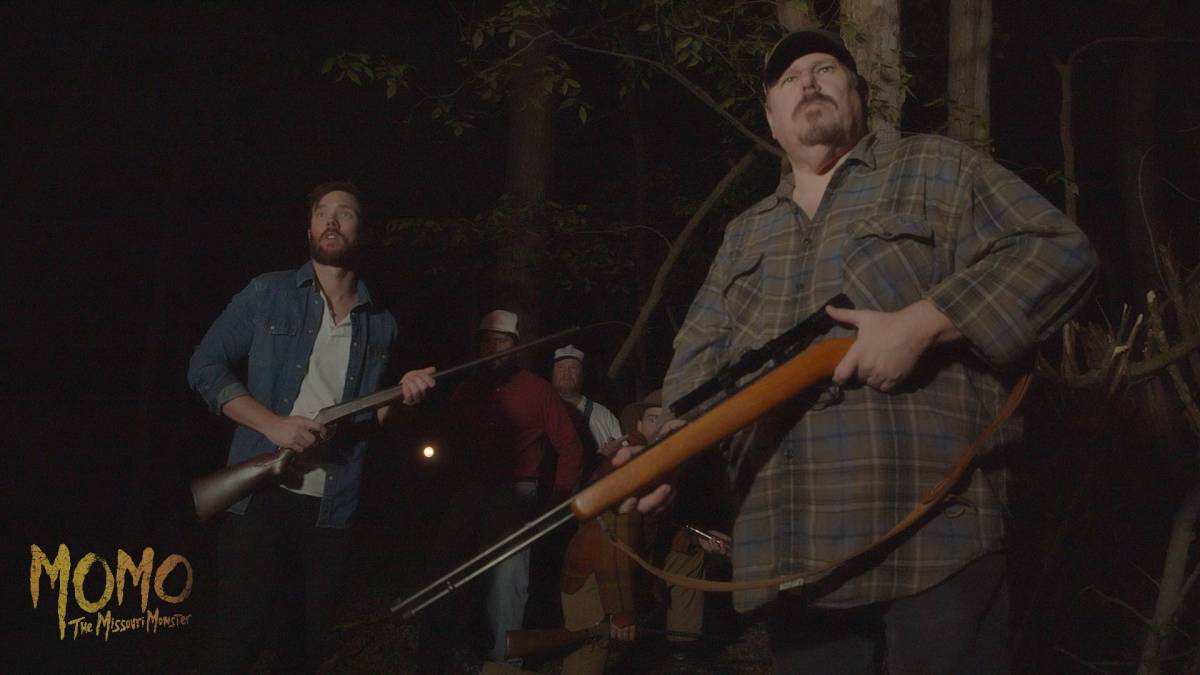 When we cut back over to the actual community telling their local legend, we see that same weight. We gain an understanding of how monsters affect filmmakers and townsfolk alike, burying their stories deep in the blood of both like a venom, a poison that can only be counteracted by its retelling.

In the Momo movie, the monster is the result of aliens and U.F.O.s. visiting the planet and making camp in the middle of Missouri’s wilderness. In the documentary, the monster is never found, and the mystery continues thanks to a visit from a different kind of outsider, a film crew, that brings its own curiosity to those same woods and brings the monster back to life all over again. In this inventive and engaging retelling, Breedlove explores more than monsters and movies but reminds his audience that the world is a wilderness, populated by the legends and stories we tell about the shadows we see in it.

Momo: The Missouri Monster is released on DVD and VOD on September 20, 2019. 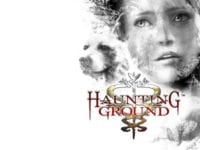