The copy of Scary Stories to Tell in the Dark by Alvin Schwartz that I used to check out was heavily dog-eared and torn at the edges (it looked like it belonged in a scary story). To be honest, half of that abuse probably came from me as a child with how much I personally borrowed that book from my school’s library.

Looking back, I don’t know what was more iconic to me growing up: the perfectly gruesome art style of Stephen Gammell or how unnerving the stories really were. I am a fan of the horror genre, but I’ve always favoured the films and books that would be considered less gore oriented and more about psychologically terrorizing you. 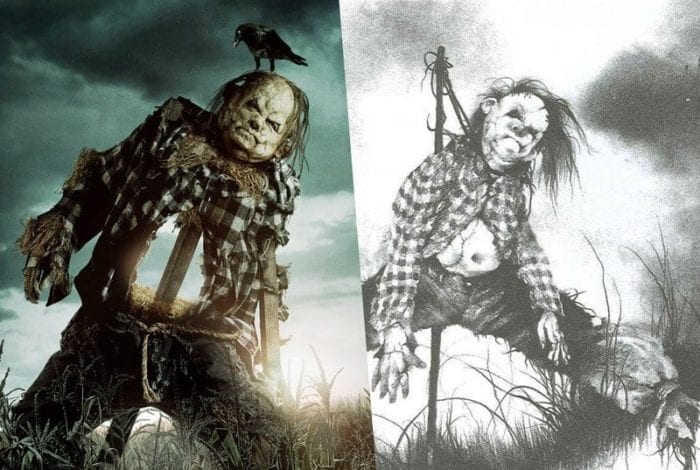 I can’t say that Scary Stories to Tell in the Dark always managed to do that, as the book is predominantly geared towards children, but it has more than a few memorable stories. “Harold” is a notable classic that made it into the film adaptation, but I missed my personal favourites like “High Beams”, “The Bride”, and “The Hook.” They were some of the stories that I considered to truly be creepy. They reminded me that most of the stories were, in fact, popular folklores that Schwartz was retelling—I know I had heard a few around a campfire before I had ever picked up his book.

Scary Stories to Tell in the Dark often touched on the horrors of the real world in a very real way. Of course, some of the tales are fantastical and are simply fun and creepy to hear. But, there are others like “The Babysitter” or “Wonderful Sausage” that could have brought a truly darker vibe to the film and made it far more suspenseful and the psychological thriller I had hoped it to be. Why not capitalize more on the fact that most, if not all, of these stories, came from folklores?

Going into the movie I had wondered how they were going to tie all of these very separate stories together and they did it in the way of creating a unique storyteller. The purpose of creating the new storyline was to not only add cohesiveness but also an extra bit of horror. It made sense as the short stories had never truly been what I would classify as scary but more so disturbing.

And this is where I think the film adaptation really missed the mark as I missed a lot of Guillermo del Toro’s flare and charm.

Guillermo del Toro has created some of my favourite movies as I love his distinct creative and artistic style. Since he was so heavily advertised, I had hoped to see some of the aesthetic found in Pan’s Labyrinth, his Hellboy series, or The Shape of Water. Instead, I was graced with far too many jump scares and what felt to be a rushed story which is a disservice to what I consider to be a cult classic of a book.

Oddly enough, I feel like the title of this movie is what caused this film to derail itself. Scary Stories to Tell in the Dark isn’t about being scary, or it never was to me. It’s about the kind of stories that survive for decades because they make the hair at the back of your neck stand up. They give you goosebumps for all the wrong (or right) reasons, they make you check under your bed or in your closet to ensure it’s empty, and maybe, just maybe, they make you bring that stuffed bear back to your bed. (We all know stuffed animals protect you from everything when you’re sleeping; hard fact.)

Instead, I found myself jumping—because I am an easy scare—and then watching as our protagonists rush off to the next short story being brought to life which was really anti-climactic at times. There wasn’t any terror, just terrorizing, and I think that’s an important distinction to make. It’s okay to have horror films that focus on just wanting you to have that immediate adrenaline rush, but I didn’t foresee that as being a quality in Scary Stories to Tell in the Dark.

I think this is one of those instances when the idea of “scary” was simply brought to light in a different way, and in one that I didn’t think suited my memories of the book version. The film focused more on the physical stories in which the audience would be able to have an immediate reaction instead of one that you take home. 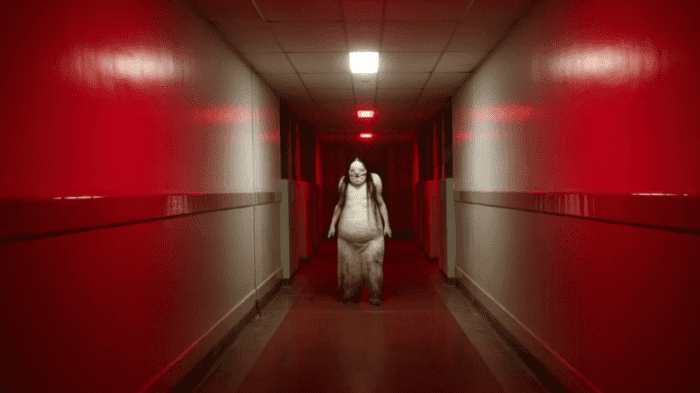 Spiders, scarecrows, and grotesque creatures in hallways all make for good visuals and can be relatively easily threaded together. It’s not as easy to bring the more mental aspect to life as more often than not, those tales feature humans as the monsters (though the film ultimately does include that in its overarching plot). That, and I don’t truly see how those particular stories could have winded together which is a real shame.

The film’s title is going to set up viewers for mild disappoint I think, or a lot if you’re a fan of the book. I personally was let down as I had expected more because this was a book that I had coveted growing up. Some read and reread Goosebumps and Animorphs, I had Schwartz’s masterpiece. I truly can’t tell you how many times I borrowed that book from the library. My fiancé, on the other hand, was only mildly let down because it honestly wasn’t that scary.

Jump scares can only take you so far and it’s a tragedy that Scary Stories to Tell in the Dark relied on them so much because the film had a lot of different stories that truly are creepy and would make you afraid of the dark.