Brightburn tells the story of an alien ship that crash lands in the middle of nowhere, Kansas. Inside the ship, there is a young boy who seems human. A nearby farming couple who are desperate to have children of their own find him, take him in, and raise him as their son with good old-fashioned American family values. There’s something special about this boy, something unique that sets him apart. He may look, talk, and act human…but he is anything but. The power of X-ray heat vision, superhuman strength, and the power of flight are just a glimpse of the things he can do. Is it a bird? A plane? Another Superman film? The answer to all those questions is no. Director David Yarovesky (The Hive), producer James Gunn (Guardians of the Galaxy, Slither), and screenwriters Mark and Brian Gunn take influence from the Superman origin story and invert it into a terrifying original tale of unchecked power in Brightburn. 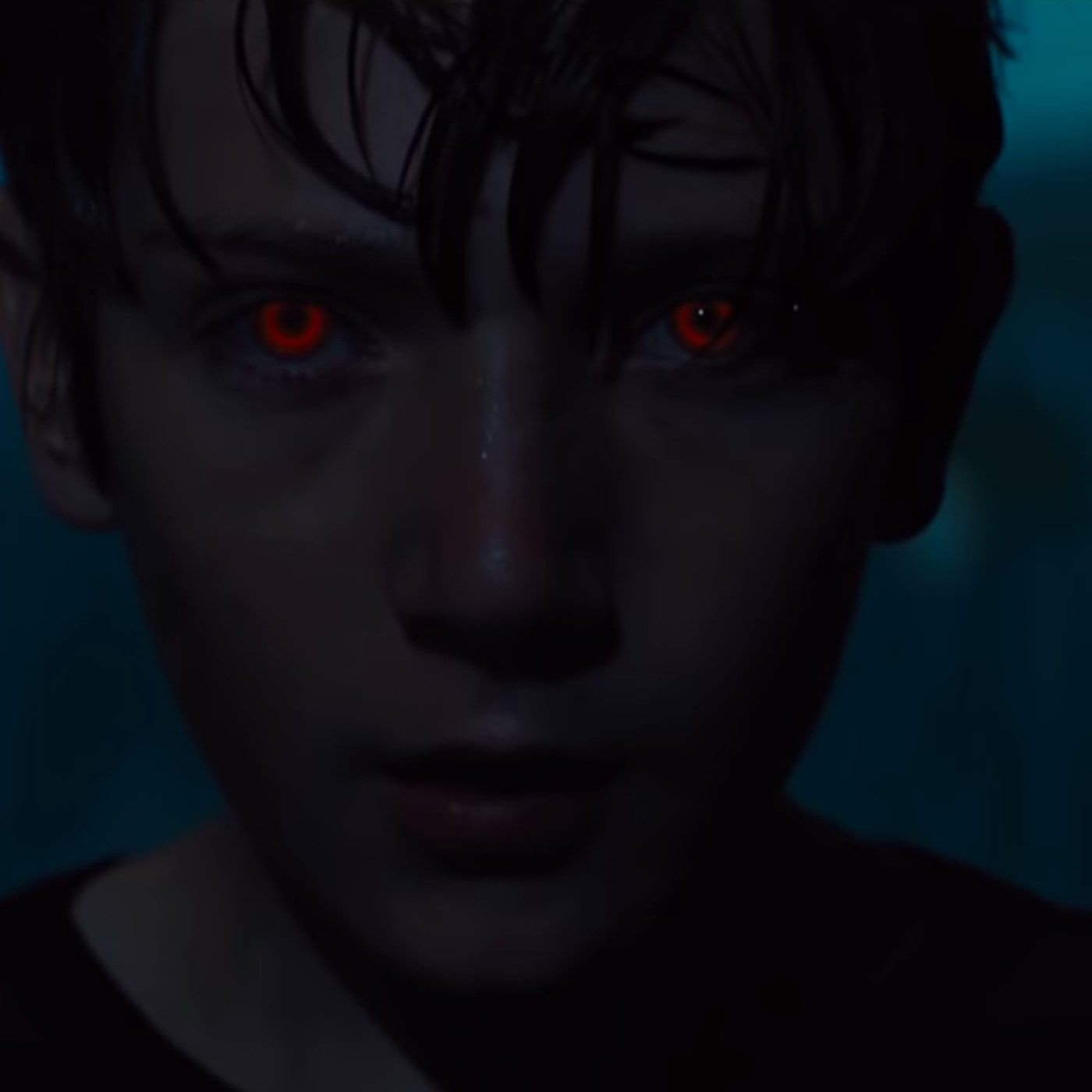 Anyone could make an “evil” Superman movie. It takes a lot of talent to make people forget that they’re watching one. By the end of Brightburn, you’ll question ever rooting for such a God-like entity in the first place. The film just asks a simple question and then runs with the premise. What if a super-human alien did crash land and grow up as a human being? In lesser hands, the film could have been just another comic book flick in an endless sea of comic book flicks. Make no mistake: Brightburn is a horror film. It is built around a tightly wound script where the escalation builds until it explodes like shards of glass in your eye.

What makes Brightburn so effective is how good the family unit works. Tori (Elizabeth Banks) and Kyle (David Denman) Breyer are a young farming couple living in Brightburn, Kansas. The film starts in 2006 with the spaceship crashing just as we learn that Tori wants kids but can’t have them. Fast forward to the present day and the child is 12 and a seemingly typical American kid named Brandon Breyer (Jackson A. Dunn).

Dunn does so much with little expressions on his face. He looks so innocent and All-American that when Brandon starts to show how malevolent and inhuman he is it is all the more scary. Brightburn will leave you asking yourself just what does the face of evil look like? So often we think it looks like something other than ourselves when really it looks like the kid next door, as American as apple pie, like Brandon Breyer. That holds true in the real world, and it holds true in Brightburn.

Elizabeth Banks and David Denham have so much chemistry that’s not even in the script. There’s an immediate connection for the audience to make with them. They’re the human center of Brightburn. Tori and Kyle work so well together as a couple in the film that it’s devastating to watch them destroy themselves. That’s a really big part of why the film works. When their “son” Brandon starts to use his powers to hurt and kill people, it’s really sad to watch this couple be torn apart. Whereas Tori wants to believe that Brandon isn’t capable of doing the horrendous things that he’s accused of doing;  Kyle more than questions everything about the relationship and the family unit that he thought he had. Rightfully so. He’s housing a homicidal alien with a god complex and a chip on its shoulder. 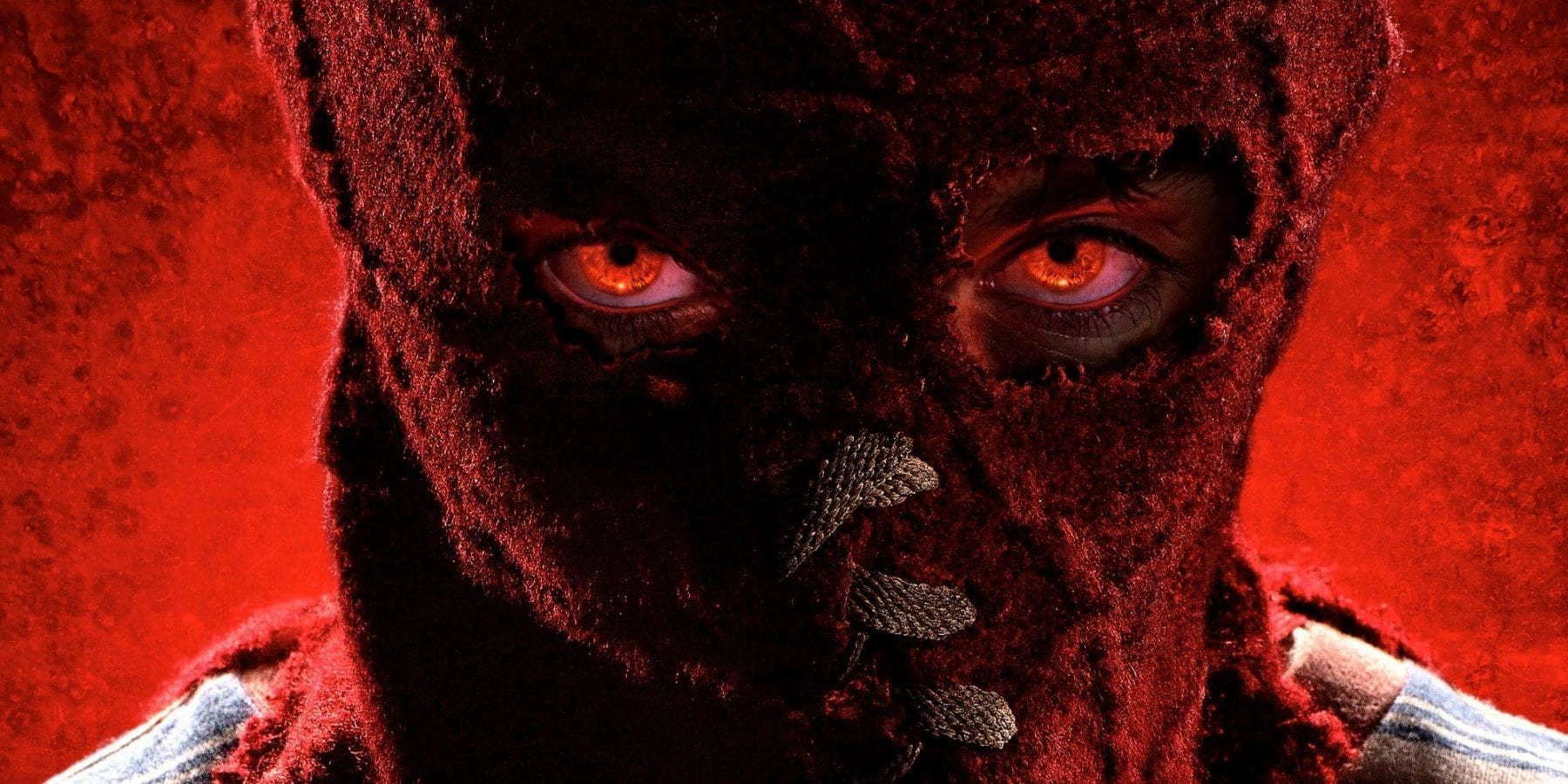 Brightburn surprised at just how perfect it felt. No shot felt wasted. No line of dialogue felt tedious. It felt perfectly edited. All of the fat is trimmed from this film, and it doesn’t waste any time paying homage at the feet of any comic book fans. The film uses the “what if” question to frame the story, but it’s in no way glorified fan service. This isn’t an “Elseworlds” story. Brightburn has a really visceral feel to it that is unexpected and will turn off most fans of the sunnier MCU anyway. The kill scenes are absolutely brutal and wonderfully executed. But the real horror is watching the Breyer family fall apart and slowly become hostage to what they thought was their son.

The budget for Brightburn was somehow only $7 million. This is absolutely astounding. The production is beautiful and really looks as well as, or better, then a lot of modern comic book films that have 5 and 6 figure budgets. It could also be that the film actually looks like it was touched by human hands as well.

Regardless, Brightburn does so much with very little money. The Superman mythos in a way only hinders Brightburn. Going in, the audience knows the basic premise because it’s been ingrained in American pop culture for over 80 years. The origin story of the “Man of Steel” is more well-known than the New Testament. Brightburn is much more of a straight horror film than it is any kind of deconstruction of the superhero mythos. That can’t be stressed enough. Those that don’t take the film on its own terms will be sorely disappointed. Brandon is a silent terror that stalks his victims and comes off almost like an example of the privilege that young white boys are afforded with; the kind that allows them to get away with hurting other people. 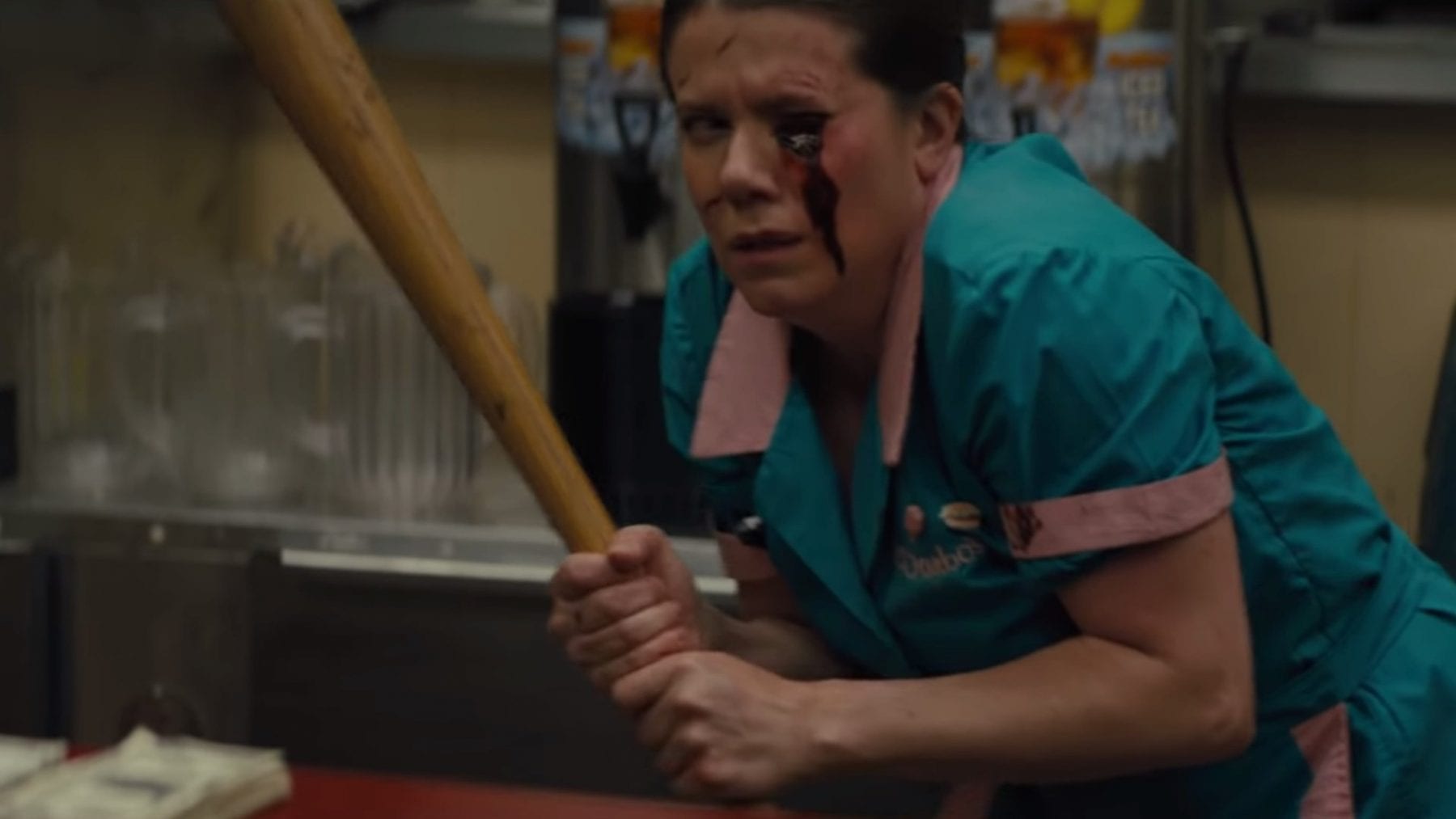 Throughout the film, he breaks a young girl’s arm, Caitlyn (Emmie Hunter), in front of an entire class of his peers and his teacher simply out of spite. He’s met with a brief suspension, and the school administration seems to be more annoyed with the parents of the angry young girl. They aren’t as well liked as the Breyers. That makes all the difference in a small town like Brightburn, Kansas. After all, in this world, it’s not who you are but who others perceive you to be.

The young injured girl’s mother Erica (Becky Wahlstrom) works at the local diner as a waitress. She isn’t afforded the same privilege as the Breyer family is in Brightburn, Kansas. They are more poor working class and she isn’t quite as charming or pretty as Tori. These people are ignored over the all-American nice looking Breyer family. Surely it was just a mistake. Brandon’s just a normal kid. Right?!

Brightburn goes even darker than expected. Brandon just cannot stop terrorizing Caitlin. When Kyle tries to have a father-son sex talk with him, Brandon interprets the talk as if Kyle said when girls or women make you aroused, take them and do whatever you see fit. He flies into Caitlyn’s bedroom late at night and stalks her. It’s an unsettling scene because she is helpless against an actual alien with the mentality of a12 year old boy who could burn a hole right through her face if she made him feel slighted or dejected.

The only real human connection Brandon has at the end of Brightburn is with his mother. He murders Emily, Kyle, even his own aunt and uncle. It simply doesn’t matter to Tori though. She refuses to believe despite all mounting evidence that Brandon isn’t human. Elizabeth Banks gives a great performance as a woman who is simply desperate to believe in her son. It’s heartbreaking to watch her.

So much of her performance is right there on her face instead of the page. It’s easy to see that she knows her son is responsible for the horrific murder of her own sister Merilee (Meredith Hagner), but she doesn’t care. She needs to love him and will sacrifice anything (including her husband) to prove that Brandon is just a misunderstood boy who needs a mother’s love.

Brightburn follows Tori all the way down the path she makes for herself to Hell, a path that she built out of love for a monster that she convinced herself was her son. Though the film is full of effective jump scares, eerie atmosphere, and some pretty gruesome kill scenes, Tori’s journey is the most effective part in the end. It’s a great little horror film that has way more in common with The Omen (1976) than it does with Man of Steel (2013) outside of window dressing. Brandon wants to connect and be human, but he doesn’t know how.

People put so much faith in their comic book heroes. They expect them to be better than themselves, to be infallible. Audiences don’t even like the purity of these characters to be questioned. There’s a large contingent that still wants to burn director Zack Snyder at the stake for his darker take on Superman in Man of Steel and BatmanVSuperman: Dawn of Justice (2016). Those films were deconstructions of the Superman mythos. Brightburn is a highly effective inversion of tropes that define our time, but it’s simply just a really good horror film. The idea alone, ‘what if Superman is evil,’ could turn out beyond grandiose or pretentious, but Brightburn uses that question to tell a terrifying story about otherness and the breakdown of the American nuclear family.