Shudder Classics is a new series from 25YL. Our writers have been given free rein to pick a film from the Shudder library that they feel is a classic and tell us why. Join Kevin Hoover as he looks at one of the most controversial films of all time, Faces of Death.

The era of the video store was a golden one for those of us fortunate enough to live through it. Ushering in a much-deserved 48-hour respite from the rigors of the school week with a trip down to the local mom-and-pop was an experience future generations will only hear about from us old timers. Our eyes would dart along shelves of cassette tapes in search of something worthy of a precious two-hour chunk of our weekends. And the cover art—oh, that wonderfully beautiful imagery!—that served to reach out and command our attention and take our allowances; it’s what most of us remember the fondest. Speaking from a position of bias, horror movie box art was second-to-none.

Pictures of Jason’s hockey mask or the Cenobites, zombies and skeletons, decapitated heads; the horror section of the video store wasn’t meant for everyone, only for the most committed fans who could appreciate a cacophony of chainsaws tearing through flesh on a Friday night. It was our section, dammit, and we still wax nostalgic for those precious days gone by.

Even for us, however, there was one tape that always seemed to give us pause and question whether we really wanted to see it or not. The thought alone of what was contained within could be considered disturbing. And the taglines on the front of the box only helped to fuel our imagination:

Those warnings marked a stark, black box with the grim image of a skull (among many other equally wicked looking variants), meant to chase away the squeamish, with their weak stomachs and delicate sensibilities.

But to a young horror fan in the making, it beckoned us to come in closer.

To take it home.

To witness a new exercise in terror—The Shockumentary.

Fast-forward 40 years. Most of us get our fright fix from Shudder—the modern-day equivalent of “that” section of the video store. Their library is as fluid as it is fascinating: titles rotate in and out every week, making room for classics and originals alike. It’s where you’ll find Joe Bob Briggs enjoying his much deserved resurgence into pop culture, fantastic series like Eli Roth’s History of Horror and Horror Noire, and more macabre than you could ever find the time to watch. Nestled deep within those gems is that same film that disgusted and disturbed so many viewers decades earlier, only now stored in a cloud instead of a plastic cassette tape.

Faces of Death was released in 1978, a westernized version of the Mondo Cane pictures put out by the Italians in the early 60’s and 70’s. While those films offered a glimpse of life around the world in true documentary fashion—with an emphasis on the parts that typically included nudity and bizarro culture—the team behind Faces of Death chose to focus their title solely on the concept of mortality, or the lack of thereof. People die, and although directors had done a great job in fictionalizing the notion with horror movies up to that point, surely there had to be some commercial appeal in watching people flatline for real. 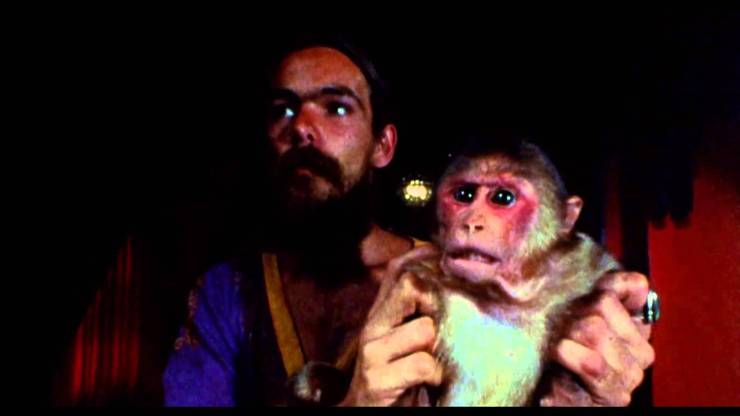 Even if you’ve never seen it before, there’s still a pretty good chance you’ve heard of the flick where a bunch of business guys crack open the skull of a live monkey and…gasp…eat its brains!!!

Or maybe the whispers crossed your ears while on the playground as a kid or came from your inner circle of horror friends who like the “make believe” stuff, but could never bring themselves to watch that tape where they show a real death row execution, complete with frothing mouth and bulging eyes as ‘Ol’ Sparky’ doles out its own brand of unremorseful justice.

Those moments are interspersed among others of autopsies, accidents, a satanic cult sacrificing a victim, and one particularly vile instance of a standoff between police and a crazed gunman, concluding with a revelation of grisly proportions.

So just who were these sickly twisted individuals who sought to cash in on the premise of showing death up close and personal? Faces of Death was directed by Conan LeCilaire working off a screenplay from Alan Black (both pseudonyms for John Alan Schwartz). The crew featured a number of individuals who, in some cases, also worked under aliases or even chose to remain anonymous, for fear of being associated with something so despicable for the rest of their lives.

Our journey through the final moments of the poor souls depicted within is led by Dr. Francis B. Gross. A fitting name if ever there was one, the role is played by Michael Carr, an actor with a handful of on-screen credits, who serves to remind us that life is precious and fleeting, and that should we choose take it for granted, we too could become a “face of death.”

While the series has gone on to include numerous sequels, a “best of” compendium, multitudes of copycat productions and other series directly inspired by it, the original Faces of Death should be considered essential viewing for any gorehound.

Even now, almost 40 years after its release, the explicit scenes of nastiness still shake viewers to their core, with many still raising the question of “is it real or fake?”

If you really care to know the answer, then the interwebs can certainly help to spill the beans. But sometimes fiction is more interesting than fact, and to steal a line from Shudder’s own description of the film:

“Google can give you the answer, but why spoil the fun?” 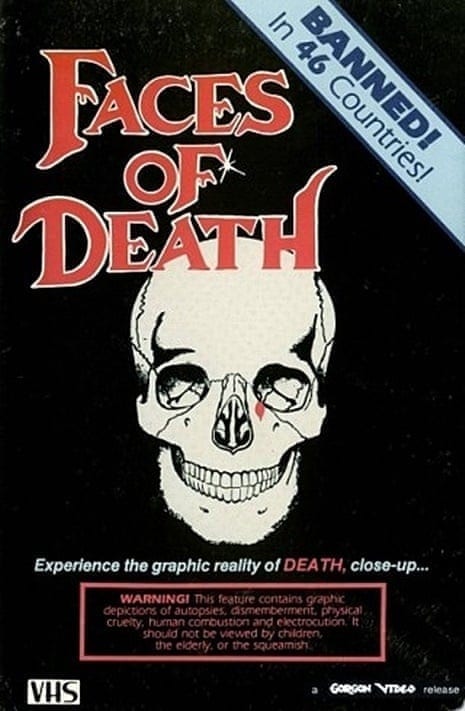