Behind the soft, spectacled eyes and well-maintained silver goatee, 71-year-old Chicago native Stuart Gordon has a far more menacing mind. Though the timbre of his voice is always steady, maybe even soothing, and his laugh never rises to decibels one would consider even mildly loud, the thoughts and ideas swirling in his head are screaming their lungs out, urging violent, bloody release.

It may surprise many that Stuart Gordon, a cult horror director of such films as Re-Animator, From Beyond, Dolls and Castle Freak, was a theater major in college, co-ran his own stage production company (The Organic Theater Company) with his wife, and slummed it with David Mamet, even directing the first-ever performance of Mamet’s future hit play Sexual Perversity in Chicago in 1974.

What may not surprise many though is that Gordon was so provocative with his subject matter that he was even arrested for public indecency during one of his productions of Peter Pan that changed none of the words of the story but added psychedelic drugs, and copious amounts of nudity to the proceedings.

A transition to film in the ’80s saw Gordon continue his boundary-pushing nature without sacrificing any of his bite or the controversy it would create. In fact, his ability to approach his first few films as cinematic plays allowed him to maximize the small budgets and the limited time he was given through industrious uses of space, including more open areas for the actors to play in and to make practical effects

His stage-like production design in his first film, Re-Animator (led by art director Robert A Burns, who also provided production design for The Texas Chainsaw Massacre and The Howling), gave the film a heightened sense of reality. We, as an audience, know movies are fake but we suspend our disbelief for the sake of a story. By almost staging Re-Animator as a play, instead of a traditionally shot film on more realistic-looking sets, we felt like more active observers sitting in a live audience, thrust into a world of reanimated cats, undead fully naked men, and headless sexual deviants.

Re-Animator, based on H.P. Lovecraft’s short story “Herbert West-Reanimator”, told the tale of a by-the-book college student Dan Cain (Bruce Abbott) studying medicine at Miskatonic University alongside his girlfriend Megan Halsey (Barbara Crampton). Unfortunately, they both run into Herbert West (Jeffrey Combs), a young doctor ahead of his time who may have discovered the ability to bring the dead back to life.

Re-Animator was the perfect start for Gordon; not only did it solidify his ability to craft modernized versions of HP Lovecraft’s stories that appealed to gorehounds, slashers, and the sexually perverse, but it appeared to have an effect on the “normal” audience member too. Besides making back more than two times its budget at the box office domestically, Re-Animator won “the Prix Special at the Cannes Film Festival, cited for its ”melange of violence, humor, eroticism and outrageousness.”

With a profitable and critically successful film under his belt, Gordon attempted to get lightning to strike twice…and succeeded. In 1986, his second film was released (though it was the third film he actually made) called From Beyond, also based on an H.P. Lovecraft short story of the same name, this time involving interdimensional creatures and the literal expansion of the mind.

Using both Combs and Crampton again as his leads, but this time adding horror legend Ken Foree to the ensemble, Gordon’s sophomore effort was equally as gory, equally as kinky, and equally as bonkers as Re-Animator; thus, it was equally as successful, at least critically. Though a domestic failure, earning only $1.2 million on a $4.5 million budget, From Beyond, remains a cult classic.

The film follows meek Crawford Tillinghast (Combs) who may have tapped into an alternate dimension thanks to a machine called The Resonator. The Resonator amplifies the brain’s pineal gland which, in turn, opens those affected to see on more than one realm. However, what exists in one realm can also exist in another, as Crawford, psychologist Katherine (Crampton), and officer Bubba Brownlee (Foree) all find out.

From Beyond is similar to Re-Animator for more than just theme, but also in physical design. Though the budget increased fivefold for Gordon, From Beyond was shot mostly in one large soundstage, barely stepping to an outside location, adding to the claustrophobic atmosphere in which the main character’s minds slowly crumble. In fact, Gordon had shot his next film Dolls at the same house location before working on From Beyond, utilizing his space, and likely his time, accordingly.

Forced to abandon their broken-down car in the middle of nowhere (of course), David discovers an old, creepy house occupied by toymaker Gabriel (Rolfe) and his wife Hillary (Hillary Mason). Gabriel and Hillary take to little Judy and offer the misfit family shelter for the night, a night of which Gabriel dubs “the longest night in history”; also taking refuge are two Madonna wannabe punks and a “gee, aw shucks” good guy named Ralph.

While Judy finds Gabriel’s vast collection of custom-made dolls magical, the other nasty guests of the home find them far less accommodating and very impatient with selfish behavior.

Dolls continued on the positive, yet diminishing, track earning $3.5 million (on a $2 million budget) and generally being liked by critics. Though Dolls doesn’t have the cult appeal of Re-Animator or From Beyond, nor does it use any of what would become Gordon’s steady troupe of actors like Jeffrey Combs and Barbara Crampton, it is still a solid, entertaining romp with inventive kills, fantastic DIY effects (including one of the Madonna punk’s heads replaced by a ginormous doll head), and fantastic art direction.

Thus ended then what might be Gordon’s most prolific, and specifically horror, section of his career. All three films, released between 1985 and 1987, either made money or became cult classics and already solidified Gordon as a horror icon.

Though Gordon never could achieve a synthesis of high-brow critical love like fellow director David Cronenberg (Gordon’s films were considered “good/great despite the material” whereas Cronenberg was seen as an artist, albeit a twisted one), Gordon’s filmography is very similar to Cronenberg’s in that they each use their surroundings and the way they depict physical horror as trademarks; there is never a doubt in the world when you are watching a Cronenberg movie or a Gordon movie. Their style is so distinctive and impactful that you aren’t just watching a horror movie, you are watching a Stuart Gordon horror movie.

Cronenberg is a solid comparison to use when discussing Gordon because they both had similar career paths that veered away from each other in the middle but then merge together again in the latter half of their careers.

After starting out with lower-budget, but inventive, body-horror films in the ’70s and ’80s, Cronenberg moved on to make award-winning, bigger budget fare that attracted both the art and the popcorn crowd; his remake of The Fly is not only considered a classic but also won an Oscar and was a certified box office hit. Gordon almost had his chance to do this with the film he was slated to direct, Honey, I Shrunk the Kids, for Disney.

Though he ended up getting story and executive producer credit on the film (as well as “based on” credit for its sequels), Gordon had to pull out of directing the film due to stress and, as a result, never really flirted with mainstream success or bigger budgets again. Though he did write the screenplay for the modestly budgeted Body Snatchers (1993) for Warner Bros, Gordon mostly stuck with writing B-level horror (such as The Dentist in 1996 and Progeny in 1998) while directing made-for-TV movies or vastly underbudgeted genre films.

And this is where the Cronenberg comparisons can continue; at some point in Cronenberg’s career, he decided to switch course and bring his signature style to different types of stories outside of the horror genre. From 2005 onwards, Cronenberg directed a comic book adaptation about crime, a European mob thriller, a period piece about Freud and Jung, and scathing satires on the tech world and Hollywood. Gordon also switched gears, both after his mainstream failure to launch and, like Cronenberg, in later life.

Shortly after the Honey, I Shrunk the Kids debacle, Gordon changed genres, making the sci-fi films Robot Jox (1990), Fortress (1992), and Space Truckers (1996); enjoyable B-grade films that suffered from micro-budgets and far from state of the art visual effects. While he did return to horror in bits and pieces, including his direct-to-video (and possibly a dark horse for the best film Gordon’s made) Castle Freak for Full Moon Pictures in 1995, Gordon pursued ever-changing avenues, directing violent hit-man film King of the Ants in 2003 and a film version of the David Mamet play Edmond in 2005.

The future of Stuart Gordon, at least in film, seems shaky. His last directorial effort was the television series Fear Itself, an NBC horror anthology series that ended in 2008. The last feature he directed was the true-crime thriller Stuck (2007) starring Mena Suvari. The film told the story of a woman who accidentally hits a man with her car; when he becomes stuck in the windshield, she must decide to help him or get rid of him. Though it played the festival circuit, it was barely seen, grossing under $200,000.

It appears after decades of shrinking budgets and shrinking audiences, Stuart Gordon has returned to the theater. He recently directed pal Jeffrey Combs in the one-man play Nevermore–An Evening with Edgar Allan Poe and wrote an update of Kurt Vonnegut’s The Sirens of Titan, amongst others. IMDB shows nothing in development and it is hard to find any news stories for film work in the future.

Even if we never get another Stuart Gordon film, and let’s hope that isn’t the case, the man cemented himself as a B-movie and cult legend in multiple decades; for Re-Animator alone he solidified himself as a true horror icon. 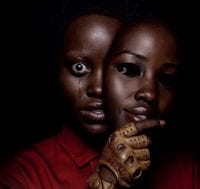