On the 30th anniversary of the execution of perhaps the most talked about and prolific serial killer in American history, Emmy-winner and Academy Award-nominated filmmaker Joe Berlinger takes aim at Ted Bundy with not one but two projects detailing the sordid history of the serial rapist and murderer. One project is the biopic Extremely Wicked, Shockingly Evil and Vile, which premiered at the Sundance Film Festival on January 26, 2019. The film stars former Disney Channel lead Zac Efron as Bundy and Lily Collins as his girlfriend, Liz Kloepfer. The film is reportedly told through her perspective and the audience sees the crimes as she saw them unfold at the time. It also attempts to demystify the fascination behind the man who confessed to brutally killing 30 young women in a spree that stretched from the Pacific Northwest to northern Florida.

Berlinger’s second Bundy-focused project is the four-part Netflix docuseries Conversations with a Killer: The Ted Bundy Tapes. All four episodes were made available for streaming on January 25, 2019 and present a comprehensive re-examination of Bundy’s life and crimes—often told with chilling effect in his own voice, which was taken from 100 hours of exhaustive recordings made by Stephen G. Michaud and Hugh Aynesworth. (Aynesworth’s book, Ted Bundy: Conversations with a Killer, is the inspiration for the series.) Netflix has taken a huge piece of the true-crime market in recent years with previous hits like Making A Murderer and The Keepers. Those series have an advantage over The Ted Bundy Tapes in that, prior to the airing, there was not a mass public fascination with subjects like Murderer’s Steven Avery.

Ted Bundy is on the opposite end of the spectrum, as possibly the most talked about serial killer in the history of American media. His crimes were detailed in the press for decades, both before and after his death. In a truly bizarre and grotesque chapter in the history of the United States judicial system, Bundy acted as co-counsel in his own defense and made his trials into the Ted Bundy Show. For over 40 years there has been a public fascination with and media frenzy surrounding the often soft-spoken, polite, mild-mannered, conservative former law student. Because we as a people already know all of this and more, The Ted Bundy Tapes does not do a very good job of justifying its own existence.

True crime is a fascinating and growing genre of entertainment in the 21st century. It is no mystery as to why the story of Ted Bundy is so fascinating to so many people. Ted Bundy refers to himself as a normal individual. He was an anti-war, pro-Nixon conservative. He managed to manipulate 30 women to brutal deaths with ease, charm, and personality. He did not look like Charles Manson. He looked like your neighbor’s dad or your uncle. He came off like the mild-mannered law student that he was. Even today, people have preconceived notions of what something is supposed to look like and Ted Bundy was absolutely not what anyone thought a serial rapist and murderer looked like. Like it or not, that fascinates people.

But don’t we know all this already? Bundy often meanders about nothing over quick images throughout the series—a mish-mash of Americana, women, pornography, and violence. The rest of the series retells Ted’s entire life story, as if combining all of this footage with the killer’s own words on tape will finally make sense of such a mystifying puzzle in the American psyche. How could we make what we thought of this individual fit with the heinous things that he did? The Ted Bundy Tapes never comes close to solving that puzzle. The series can best be described as exhaustive by going over the same ground that anyone who has any familiarity with the killings, the trial, and the aftermath will have surely already heard about a thousand different times in a thousand different ways. 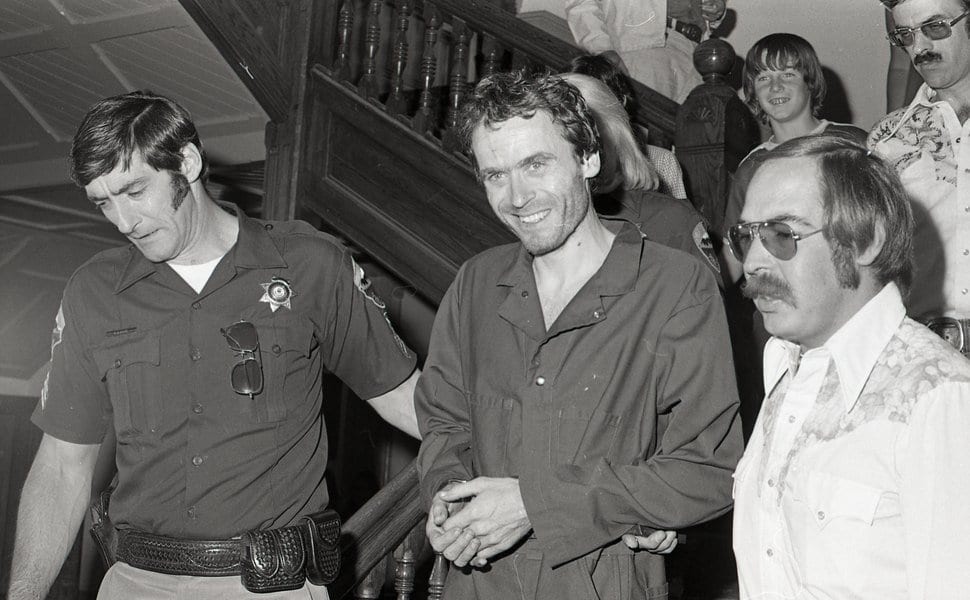 Ted Bundy’s story is compelling. His murders helped establish a precedent for serial killers’ patterns of behavior, later used by law enforcement. He was a serial killer before there was such a term. In his own tapes, Bundy mentions how everyone in our society sees a literal monster when they hear about kidnap, murder, rape, torture, and necrophilia. People cannot, or will not, see the person sitting next to them as capable of inhumane acts.

Ted Bundy always knew this. The simple fact that he did not have a pitchfork and a tail or tentacles covered in scales allowed him to kill 30 women and manipulate everyone in his life—friends, family, and lovers—into thinking that the Ted they saw was the only part of him that existed. The same can be said about The Ted Bundy Tapes. The series never shows us anything that Bundy has not already put out there: the things that he wanted the world to see, exactly how he wanted them to see it. Throughout its four hours, the series never uncovers anything new to add to the overall conversation (outside of the actual recorded tapes). Ted is known to have always controlled his situation to chilling effect, and one can’t help but wonder if every word uttered on the tape is just a combination of the egocentric musings of an insane person, a downright cat-and-mouse game for the sake of his own enjoyment. Ted, lest we forget, only confessed to the 30 killings in a last-ditch ploy to save himself from execution, hoping that the state would deem him a necessary resource in solving his own crimes and profiling the crimes of others. The series doesn’t catch any more of Ted Bundy’s darkness than that which has already been exposed.

Without really learning anything new or insightful, either from Ted Bundy’s taped interviews or the many other people reliving this nightmare of a story, most audiences outside of today’s armchair-detective true-crime junkies probably won’t find anything to relish in The Ted Bundy Tapes. There is no jaw-dropping finale with a hot mic confession as in HBO’s The Jinx, no unmasking of systemic corruption as revealed in the first season of Making a Murderer, no onion-peeling for amateur sleuths that The Keepers provided to keep viewers glued to their seats.

Most disappointingly, the production in no way stands out from any of Netflix’s other true-crime series, but it should. Joe Berlinger is the man behind Paradise Lost: The Childhood Murders at Robin Hood Hills—a defining moment in true crime history, ranking with the likes of Truman Capote’s In Cold Blood and Errol Morris’s The Thin Blue Line in terms of driving the genre to new and exciting territories. Berlinger has set an incredibly high bar for himself that he just does not live up to in this swing at Bundy. Fortunately for him and for all the true-crime aficionados out there, the buzz surrounding Extremely Wicked, Shockingly Evil and Vile suggests that he may have figured out how to best to tell this story. Here’s hoping.