Here at Horror Obsessive, we handle a lot of heavy lifting. Analysis, interpretation, deep discussion, introspective interviews…you name it, we’ve got it. “Favorites” takes a lighter approach to the material we normally cover. Each week, we will take you through a list of favorites—whether it’s moments, scenes, episodes, characters, lines of dialogue, whatever!—in bite-sized articles perfect for your lunch break, a dull commute, or anywhere you need to take a Moment of Zen. So, sit back and enjoy this week’s offering: Jon Sheasby’s favorite slasher sequels.

Movie snobbishness dictates that horror is the red-headed stepchild of all film genre, and if there’s one sub-genre that has caused more controversy than any other it’s the slasher film. From huge box office returns to dozens of successful franchises to the “video nasty” scandal in the UK, the controversial legacy of the slasher film is undeniable. What’s also undeniable is the amount of categorically awful slasher movies, due in part to an endless number of sequels, reboots, and remakes. Influenced by early 1960s horror-thrillers such as Peeping Tom and Psycho, the formula of a slasher film is one that has been tried and tested to work time and time again: a psychopathic, sharp object-wielding, often masked killer hellbent on revenge stalks, taunts, and kills a group of young people until they meet their match in the form of a final girl or guy. You’ve probably seen this movie more than 100 times, and you’re probably bored of the tropes to which the slasher sub-genre normally adheres.

But not all slasher films and their sequels are terrible, right? Correct. While you might have to wade through one too many steaming piles of crap, there are a bunch of really fine sequels that not only respect and honour the legacy of their predecessors, but some of them even surpass the original entry in the franchise. You don’t believe me, do you? Well, here’s a list of some of my favorite slasher sequels that’ll hopefully make you forget about the likes of Silent Night, Deadly Night Part 2. 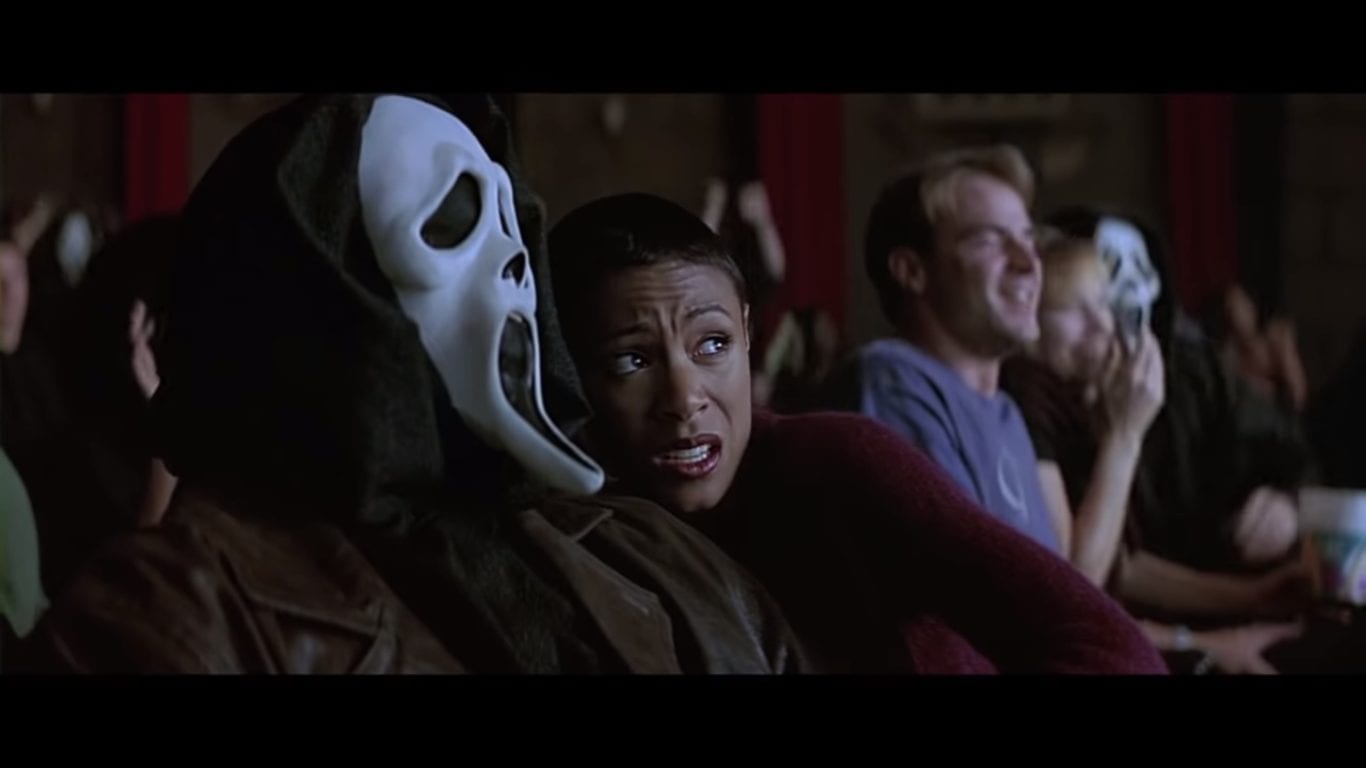 The release of Scream in December 1996 was the breath of fresh air that saved ’90s horror from the godawful sequels that were being churned out left, right, and centre. Has anyone got anything good to say about Freddy’s Dead: The Final Nightmare? No? Didn’t think so. Of course, the success of Scream immediately called for a sequel—Scream 2, which was released less than 365 days after the first film. A disaster waiting to happen, surely? Wrong. Scream 2 is every bit as enjoyable as the original, as Wes Craven and Kevin Williamson doubled down on everything that made Scream the genre-redefining, box office hit that spawned three sequels and a TV show. The kills are amped-up, the laughs are bigger, and the opening featuring the film within a film, Stab, is just as memorable as Drew Barrymore’s exit from the first film. Scream 2 proved that Scream was no fluke, as Craven and Williamson managed to recapture the magic by crafting a truly brilliant slasher sequel that will stand the test of time. 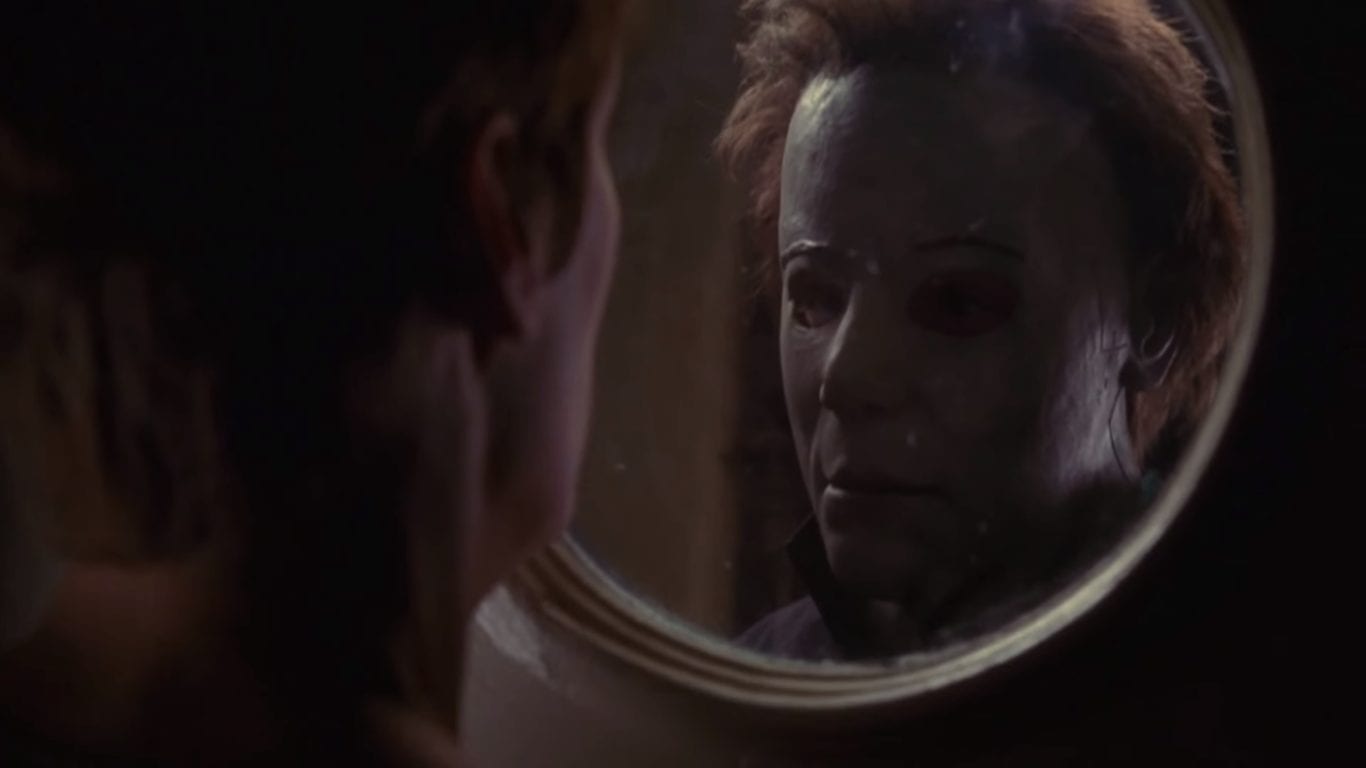 The seventh film in the Halloween franchise, 1998’s Halloween H20: 20 Years Later positioned itself as the third part in a new continuity along with the original Halloween and Halloween II, effectively ignoring the four previous films while bringing back the one and only Jamie Lee Curtis. It’s funny writing this in 2018—40 years after John Carpenter’s masterpiece—with the knowledge that the Halloween continuity will be torn up once again when a new direct sequel to the 1978 original arrives in a matter of days. Still, this isn’t about Halloween’s messy timeline. As of writing, H20 is still my pick for the best entry in the series after the original. The back to basics approach, Steve Miner’s steady direction, a cast full of now-famous youngsters (Michelle Williams, Josh Hartnett, Joseph Gordon-Levitt, etc.) and a cameo from Jamie Lee Curtis’ mother—Psycho’s Marion Crane herself, Janet Leigh—makes H20 a more than worthy addition to the Halloween mythos.

3) A Nightmare on Elm Street 4: The Dream Master 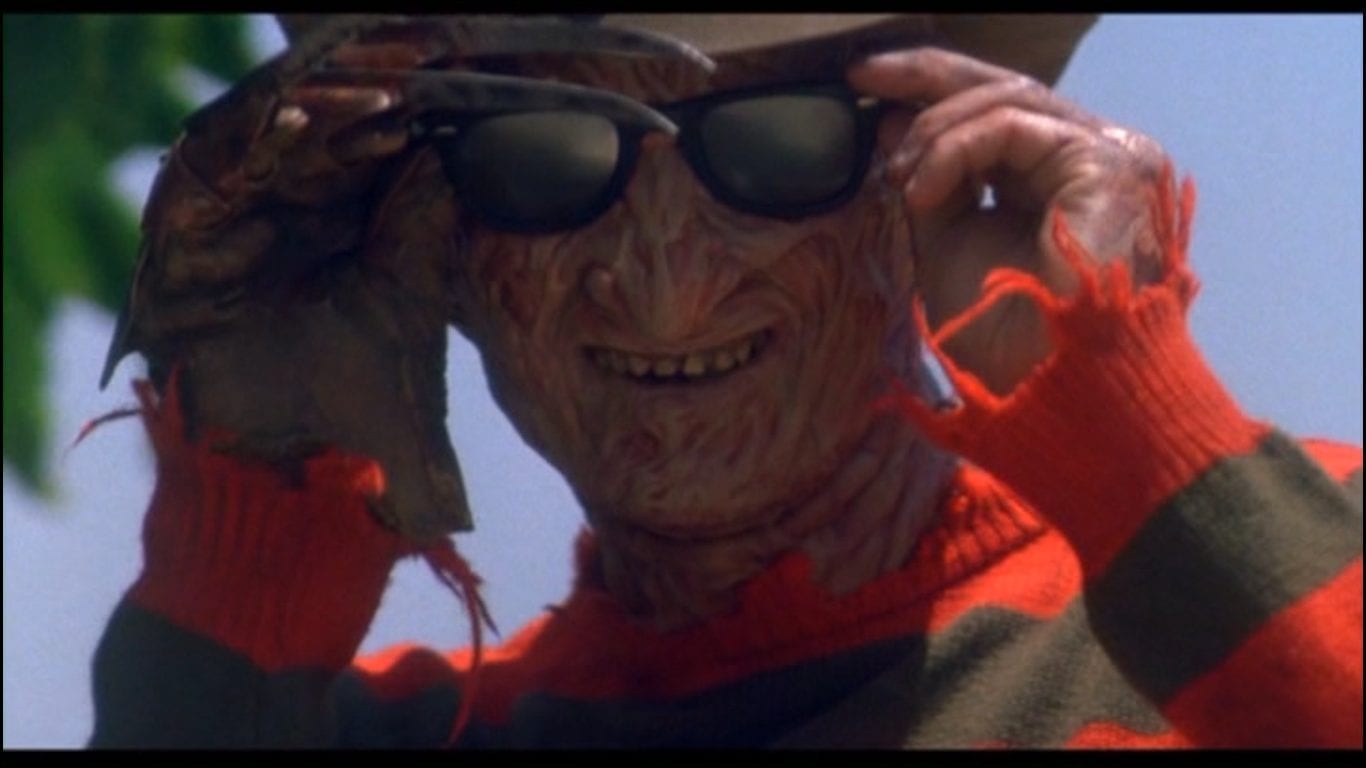 You were expecting me to pick either A Nightmare on Elm Street 3: Dream Warriors or Wes Craven’s New Nightmare, weren’t you? Well, I love both of those films and either one could easily find themselves on this list, but I’ve always taken a particular liking to The Dream Master. Directed by Renny Harlin (Die Hard 2, Cliffhanger) and co-written by Brian Helgeland (the future Academy Award-winning screenwriter of L.A. Confidential), the fourth Freddy film is everything you’d expect it to be with those names attached. With a budget of $13 million, The Dream Master was by far the most expensive Elm Street film back in 1988 and every penny can clearly be seen on-screen. It’s a big movie, full of vast set pieces that kind of push it further away from its slasher roots, but the direction is expertly handled by the oft-maligned Harlin. It’s a ridiculous movie, for sure, and the broadness of the comedy was probably pushed too far, but if Robert Englund can have this much fun, then so can I. 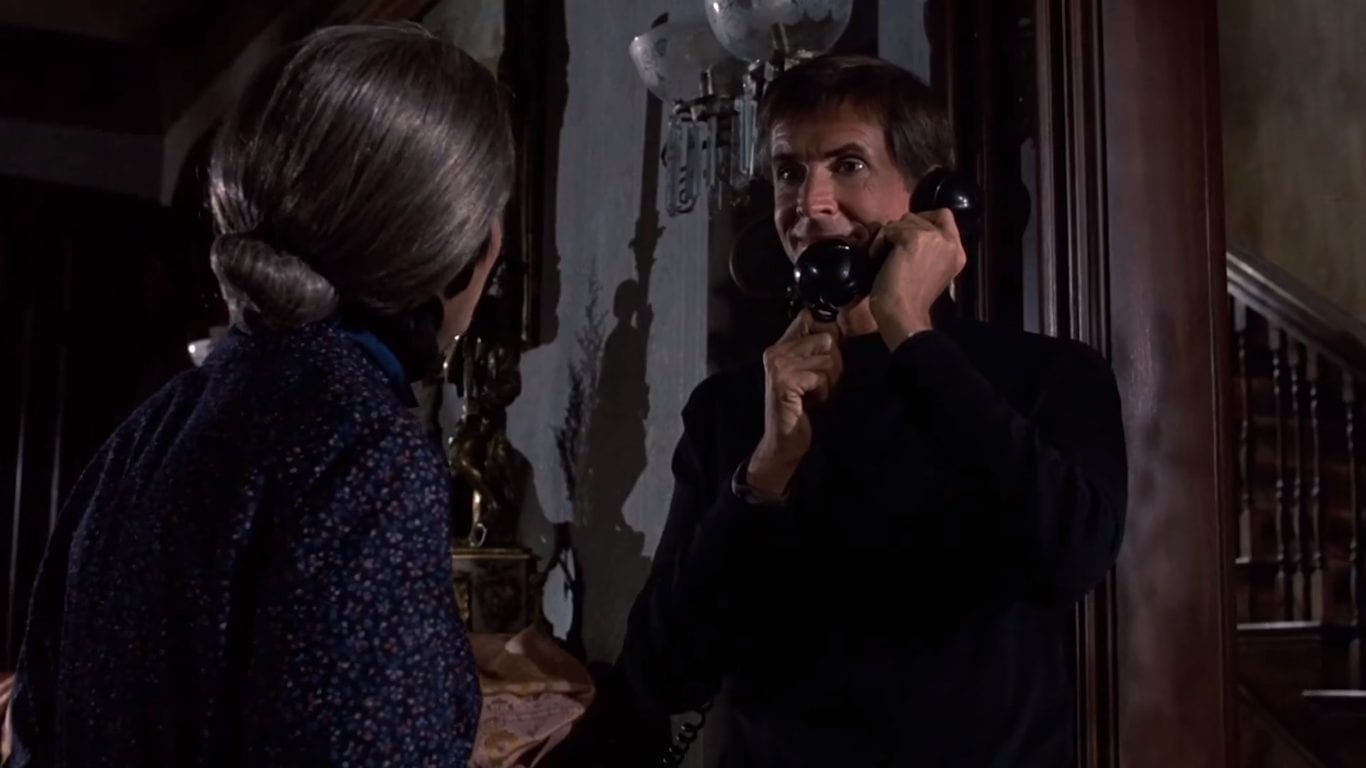 A sequel to one of the greatest movies ever made? It can’t be any good, can it? Yes, yes it can. Released 23 years after Alfred Hitchcock’s game-changer, Psycho II saw Anthony Perkins reprise the role of Norman Bates, who returns home after two decades locked away in a mental institute. In 1983, I imagine a lot of people dismissed Psycho II as nothing more than a cynical cash grab, trying to make a quick buck from the slasher craze that was sweeping the U.S. And, to be fair, it does look that way on paper. Yet, Psycho II is a classy (as classy as a slasher film can be) sequel that doesn’t quite reach the heights of Hitchcock’s film, but it’s better than almost every other film it competed against in the 1980s. Trying to follow in the footsteps of Hitchcock must’ve been a sweat-inducing task, but director Richard Franklin, writer Tom Holland, cinematographer Dean Cundey, and composer Jerry Goldsmith did an admirable job of evoking the tone and spirit that makes the original oh so memorable. 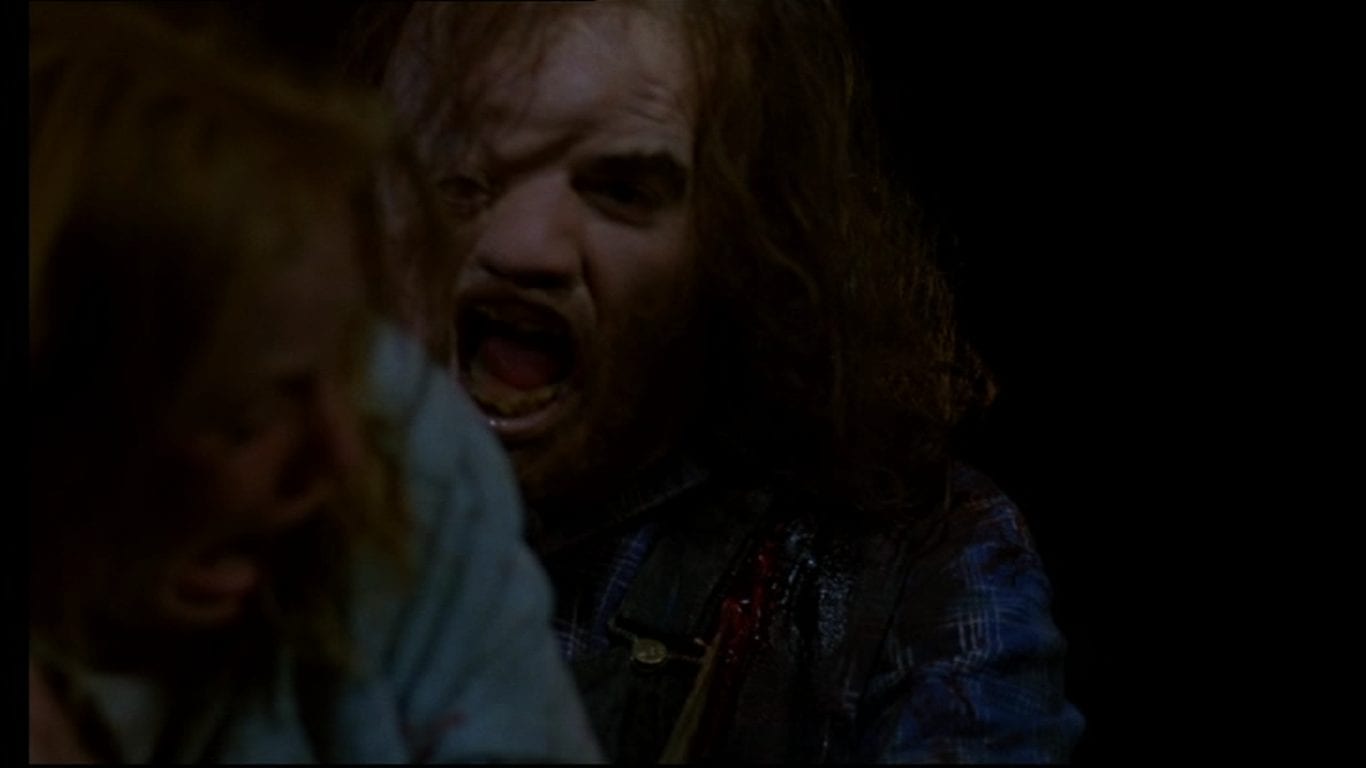 Yep, the sequel to Friday the 13th tops the list of my favorite slasher sequels of all-time. The original is a classic, but nobody is going to argue that it’s as good as either the first Halloween or A Nightmare on Elm Street. There is one thing, though, that makes Friday the 13th Part 2 stand apart from any of the sequels to Halloween and Elm Street. And that thing is that Friday the 13th Part 2 is better than the original…far better. No sequel surpassed Carpenter’s Halloween, and no sequel surpassed Craven’s first Nightmare, but Friday the 13th Part 2 improved on the original in almost every way. Steve Miner’s directorial debut is better written, better performed, the kills are more inventive, and it just looks and sounds far superior. And then there’s Jason. A mere plot device and jump scare shocker in the first film, Jason Voorhees became an instant horror icon even without his mask. Friday the 13th Part 2 is the film to which I compare all slasher sequels. I love everything about it. “Kill her, Mommy! Kill her!”

Those are my personal favorite slasher sequels, so what are some of yours? Please leave a comment, or let us know by following our social media accounts, which can be found below. Alternatively, you can follow me on Twitter (@JonSheasby), and we’ll continue the conversation over there.