Midnight movies, from El Topo to The Rocky Horror Picture Show and all the Divine moments in between, these often taboo and exploitative films have a place in my heart. Below I have compiled a list of my favorite midnight movies that mystify me. There was a real struggle trying to get this list down to five movies. Of my top one hundred favorite movies, midnight movies might make up half the list, and that’s a conservative estimate.

Night of the Living Dead

In the background of my life most of the time, Nine Inch Nails is playing, or there is a zombie movie on. The latter of those two however was not always the case. When I was a kid, I was petrified of zombies, the thought of them kept me up at night with cold sweats. At the recommendation of my brother I started desensitizing myself to zombies to get over my irrational fear of them. I watched every zombie movie I could find, at a near constant rate.

I kept coming back to Night of the Living Dead though. It cast light on fears I had yet to give a name. Societal collapse, social constructs arbitrarily dictating who lives or dies, and the main fear that I had to learn to cope with was, not having control over anything. No matter what I wanted to happen in my life, I had to figure out how to accept that the universe is a cruel and unforgiving place, but it does seem to have a sense of humor. This movie helped me get use to the idea of life spiraling out. Basically, we can’t control about 99.99% of anything that’s going on, we can only try to act accordingly to what’s put in front of us. Even when the characters in Night of the Living Dead do act accordingly, they still get the shaft. That fact, put a comforting thought it my head. No matter how absurd everything seems, try as hard as you can, so if you get hit by a smoking monkey delivery truck, while on your way to feed the homeless…at least you died doing something worth while, and it was kind of funny. 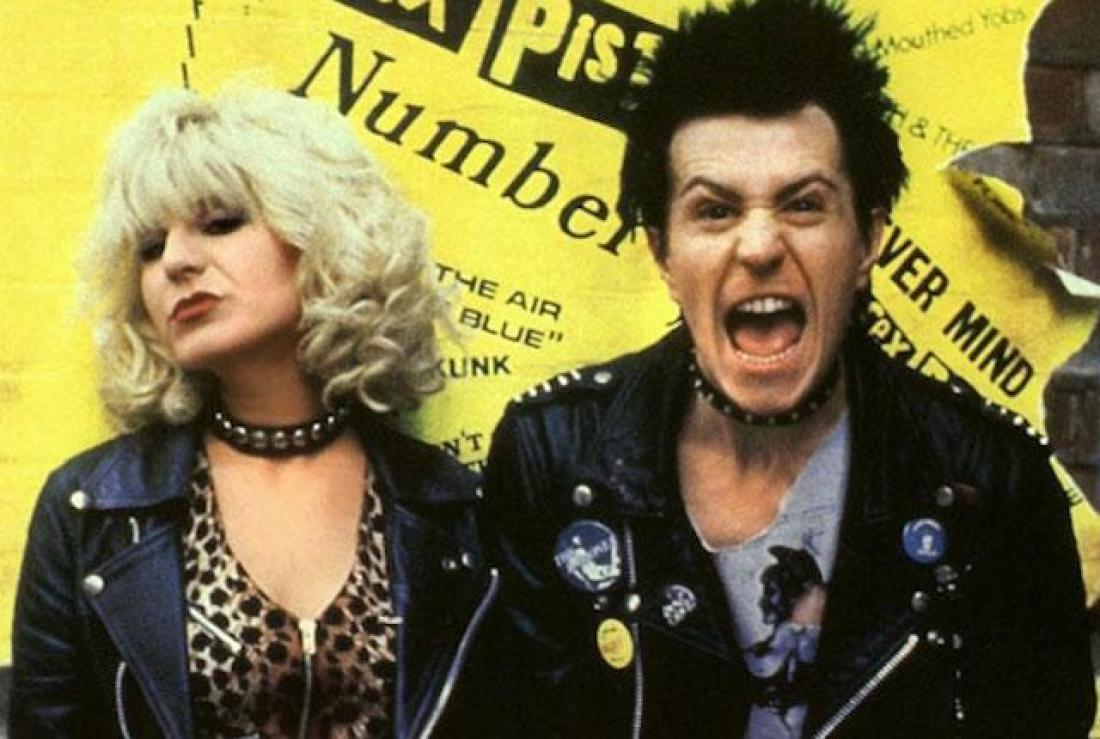 I Saw Sid and Nancy for the first time when I was pretty young, maybe 9. I fell in love, mostly because Gary Oldman’s portrayal of John Simon Ritchie, is far more lovable than the real life counter part seemed to have been. When I was younger, and much less concerned with the state of my liver, “I fell ova” was a common statement from me.

The random references to Doctor Who and blasting Rod Stewart, cemented the deal for me when I was a kid. Chloe Webb’s performance of Nancy Spungen, is mind blowing. I remember watching Game of Thrones years later and seeing Jack Gleeson play Joffrey Baratheon and thinking, man this character has finally surpassed Nancy Spungen on my “Omg please shut up” scale. While the movie actually depresses me a bit now that I’m older, it did kick start me into listening to punk music. For that I am grateful. 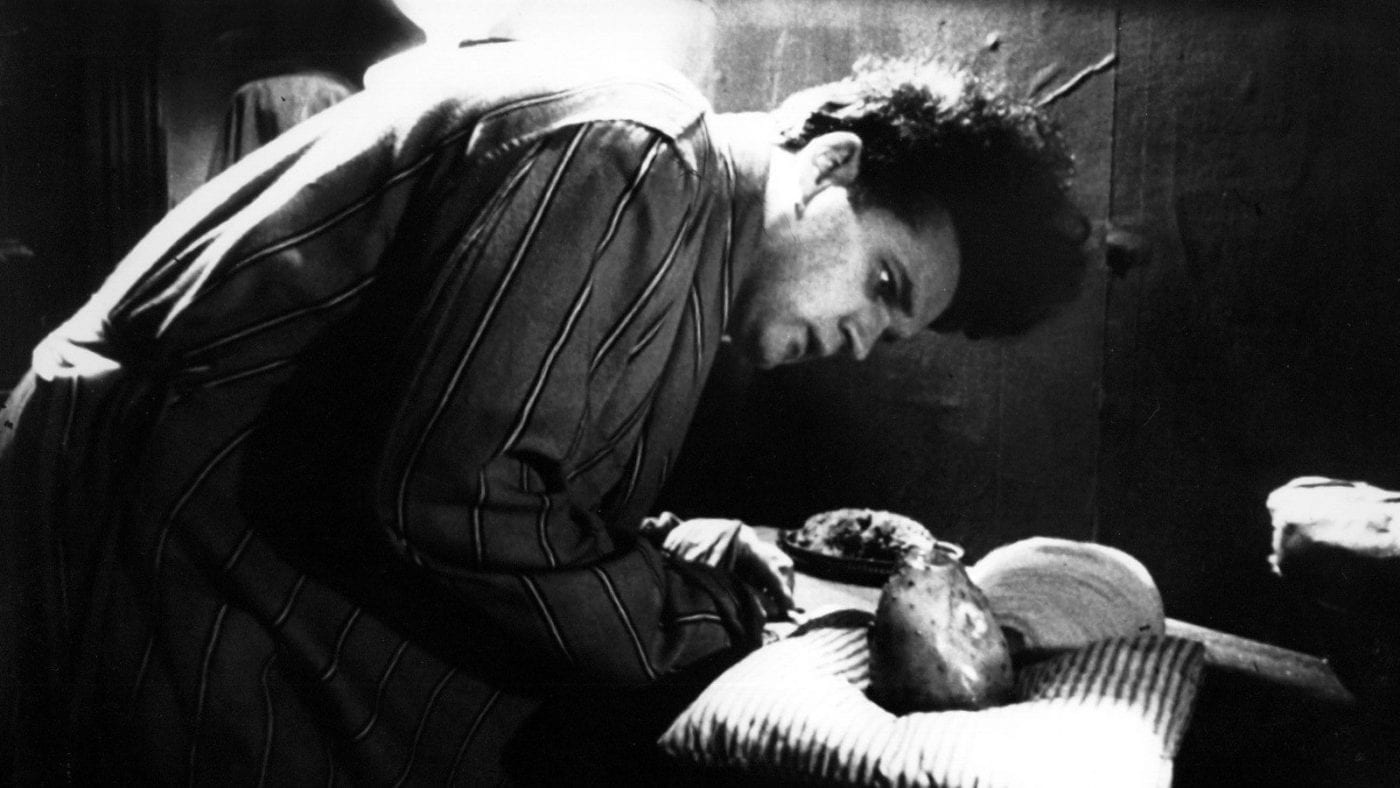 Eraserhead is a movie that I’ve grown with. I first saw it when I was 13 and while I thought the cinematography was amazing (wasn’t even completely sure what that word meant when I was 13) I mainly found the movie deafeningly quiet, unhinged from reality, and uncomfortable to the point of squeamishness, especially because the first time I watched it was with my mom. Watching it at 17, all of the things that made little me uncomfortable, made slightly more mature me lose my mind with curiosity and intrigue, I’d been doing photography for a couple of years at that point, and Eraserhead spun me in a more professional direction, I suddenly wanted tight uncomfortable shots, that told the truth about my subject, instead of the broad landscape style photographs I had been taking. Maybe that was the end of me taking pictures in an easily innocent way.

Six months ago I watched the film again, at 29 years old. This viewing of Eraserhead filled me with the same squeamish feelings I had nearly two decades ago, but for vastly different reasons. This time around I was overcome with indecision. Am I going to have children? Is your day job the one you want to have? Was that last conquest worth it? Most of my answers were, “No, probably not.” A movie that has the ability to make you question everything about your current situation, is a powerful one. I can’t wait to watch it when I’m thirty-five and see what kind of crisis it throws me into. 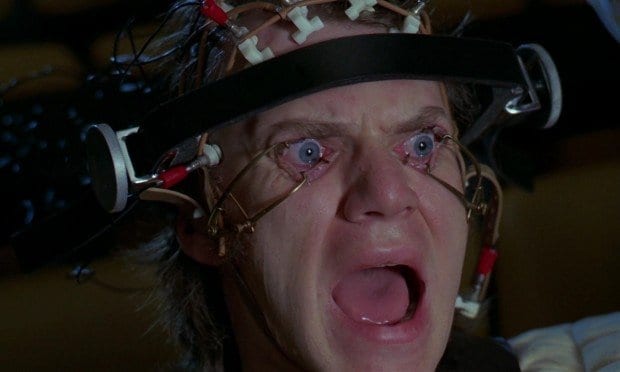 Oh, this movie. My friends and I would sit in the living room, basement, my room, wherever, and watch this movie because I demanded to watch it for most of my late teen years and early twenties. The book and film have been a hot topic since they were released. The writer of the original book Anthony Burgess dismissed the novel after its constant bombardment and being misconstrued by critics and the public. I couldn’t understand this when I was younger and still can’t over a decade later. The film is violent, brutal, and shows you a side of humanity that most would rather stick their foot in a blender, and press pulse, than see. I’m not just talking about Alex DeLarge and his character at the beginning of the film, but also how society reacts to such a character. Dr. Branmon taking the only thing that Alex loves and turning it into an excruciating experience says enough.

This is also another instance of an actor making a seemingly odious character, sympathetic. Malcolm McDowell made Alex, not just some asshole kid, but an asshole kid with a soul. Can you imagine what kind of acting ability you have to possess to make an atheist believe that a character in a movie has a soul? Why should this book or film be dismissed? It’s always felt like everyone screaming in protest only watched the first hour of the movie, and then promptly threw their entertainment sets out of the window in suburban outrage.

An American Werewolf in London 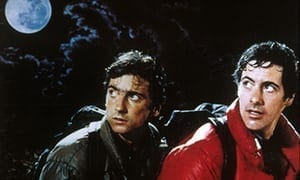 When it comes to the transformation scene, Rick Baker should have monuments constructed in his honor, that transform during the full moon. My mom told me stories of her childhood self, laying in bed at night staring at her hand, waiting for hair to sprout from her fingertips, and the transformation to begin. I never found the film to be scary, it was too humorous to be frightening. It pokes fun at horror movies in general and doesn’t take itself very seriously. I just watched it a few days ago to kick off my “it’s Halloween season no matter what you say” marathon. 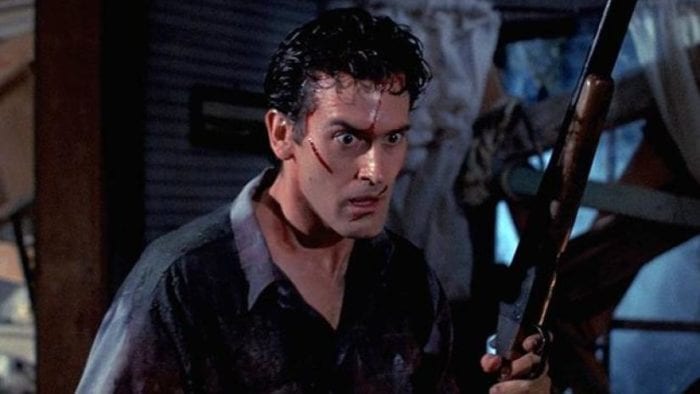 Well, there are six midnight movies on the list. I lied. Fake news, I’m sorry.  The Evil Dead, in all its glorious madness was the outlier of a movie that I needed when I was a kid. I was such an anxious kid, often the mere thought of horror movies rendered me useless at night, I would just lay in bed rocking back and forth, waiting for the boogeyman to come. I knew that every movie I saw was real or would somehow come to life and devour me.

This movie told my frail, childlike psyche to go get acquainted with itself, in the biblical sense. The Evil Dead made me not just start laughing at horror but cheering for it. All of the terror in my mind melted away and made room for the fun that horror movies could bring with them. There may be some scenes in this movie that aren’t meant for children, but they did me more good than harm. I needed something like The Evil Dead to illuminate that horror wasn’t necessarily horrifying, often times, it was hilarious and could bring a room full of people together in mock fear or true disgust. There are a million moments in this film that you can easily sit down and pick apart, over a beer or nine with your horror-minded friends. Which I have done…on numerous occasions…and will do again, probably within the next month.